Home » BC Student Confesses To Lighting Fires In Gasson, Stokes
News, On Campus

BC Student Confesses To Lighting Fires In Gasson, Stokes

Editor’s Note: This article is part of an ongoing series on the fires that were set in Stokes Hall and Gasson Hall on Nov. 9.

Boston College junior Pengliang Yue, A&S ’15, has been arrested after confessing to lighting fires in Gasson and Stokes halls earlier this month, the University confirmed today. The arrest was made yesterday by Boston College Police following an investigation into the fires.

Yue was arraigned in Newton District Court today on one count of arson, three counts of attempted arson, four counts of malicious destruction of property and one count of disorderly conduct. He was also issued a summary suspension from the University.

The fires led to a small mark on the floor in Gasson, but much more extensive damage in Stokes. Cubicles on the fourth floor had to be replaced, books were affected by the soot and smoke, and the second and third floors suffered water damage.

After a final vacuuming and cleaning, offices and classrooms in Stokes resumed normal operations last week. 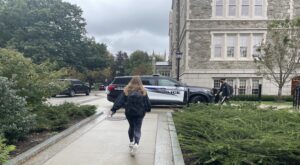 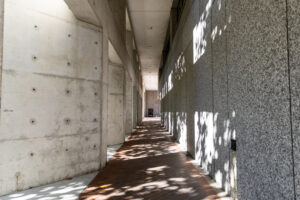