On Tuesday, the Winston Center for Leadership and Ethics hosted Norby Williamson, executive vice president of production, program scheduling, and development at ESPN. Williamson spoke to students and faculty about his career, the sports media industry, and his insights on leadership and success as part of the center’s Lunch with a Leader program.

Graduating with a bachelor’s degree in corporate and video communications from Southern Connecticut State University, Williamson joined ESPN in 1985 as a production assistant, although he argues that his actual role was far less glamorous than the title indicates.

“My bio was incorrect there, I actually started in the mail room,” he said. “I wasn’t even qualified to sort the mail-I was hired as a driver. Back then, when highlights came in to SportsCenter they were actually shot on the ground at different places, and they were put on airplanes and flown out.”

Williamson’s initial role at ESPN, therefore, focused on picking up tapes and bringing them back to the studio for editing and eventual playback on television. He entered the sports network at a time when it was still very much a startup firm vying to compete with proven industry titans like NBC, ABC, and CBS, all of which had their own sports coverage branches.

“We launched in 1979, six years before I even got there,” he said. “Through the ’80s and through the early ’90s, ESPN was still fledgling. As we got more successful, we would interact with these big behemoths.” During ESPN’s rapid growth phase, Williamson quickly climbed up the company’s leadership hierarchy. Transitioning into a role within the studio production department, Williamson would go on to serve as an associate producer from 1987-89 and eventually become a senior coordinating producer for SportsCenter in 1998.

He then served as senior vice president and managing editor from 2002 to 2005, responsible for all day-to-day content on news and information programming for ESPN’s networks. His most recent role prior to his current one was executive vice president of programming and acquisitions, in which he oversaw rights negotiations and relationships with rights holders for ESPN entities. In his current position, Williamson is tasked with oversight of critical ESPN operations within production and programming.

Asked whether he ever considered alternate career paths, Williamson indicated that the environment ESPN operated in when he arrived was such that he never thought about anything except helping push the company forward. He described that over the course of his career to date, a marked shift occurred in the way industry competitors and sports fans view the concept of ESPN. This, according to Williamson, coupled with brand value and luck has made ESPN what it is today.

“I can’t tell you how many times we got laughed at for wanting to create a 24-hour sports network,” he said. “Sports were relegated to Saturdays and Sundays. Now everything is televised. There is an insatiable appetite for live events and live sports. A lot of [ESPN’s success] was brand, a lot of it was opportunity, and a lot of it was luck. A lot of it was being at the right place at the right time and capitalizing on a need.”

While Williamson spent some time describing the progression of the sports media industry and his own background, most of his talk focused on values and leadership insights that the younger audience members could focus on in light of their career aspirations. One of his most potent points centered on what he believes to be a central misconception in many peoples’ lives.

“There’s a myth out there that I need to debunk a little bit,” he said. “That people think life is fair. Life isn’t always fair. And as you understand that, that will help you navigate where you’re going and how you’re going to get there.”

Urging the audience to key in on hard work, enthusiasm, and ethical behavior despite inevitable roadblocks, Williamson emphasized the need for young people to expect adversity and learn how to overcome it. He then related his approach to sports growing up-one in which he constantly outworked others and strived to gain a greater understanding of the games he played-to the work ethic that has been critical to his professional success.

“You see somebody who’s standing in front of you who wasn’t the most accomplished from an academic perspective,” he said. “I grew up very blue collar-there was nothing really special about me, and I mean that in all sincerity. I think the difference was a sense of work ethic and commitment.”

While many in attendance came in hopes of simply picking up words of wisdom from an executive among the most accomplished in his field, Williamson put Boston College students’ potential for success in perspective when he noted what he was able to accomplish when adding perseverance to his humble beginnings.

“For me to get to the position that I am in today and to be passionate about it in a field that is evolving and unique and something that I dearly love, this should bode well for all of you sitting in this room.” 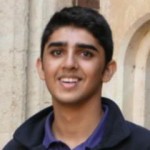 Mujtaba Syed was an Assistant Features Editor, Business Manager, and National Advertising Manager for The Heights. You can follow him @mujtabasyed_.