The Lumen Christi Award recognizes the dedication of Catholics who have displayed exemplary advocacy for the poor while proving to be “true agents of change.” On Monday, March 31, the Boston College School of Theology and Ministry (STM) hosted an event featuring four recipients of the award in Robsham Theater.

“The Transformative Power of Faith: Responding to Pope Francis’ Call” featured Director of Migrant Ministry Jose Lopez; Lopez’s wife and Director of Hispanic Ministry Digna Lopez; President of the St. Francis Mission Rev. John Hatcher S.J.; and Mary Susanne Dziedzic, C.S.S.F. Each panelist had worked for decades in some of the most impoverished areas in the U.S.

The panelists’ work and discussions aimed to reflect the message of Pope Francis, who behests Catholics to get out into the streets and work with those in need, not recline in the familiarity and security of their local church.
Rev. Mark Massa, S.J., dean of STM, mediated the four panelists as three younger guests (who had all been mentored or inspired by these leaders) sat beside him. Before the panelists told their stories, a brief film was shown that provided some basic context for the event. Jose and Digna Lopez served the predominately Latino communities of Stockton, Calif., providing support for thousands of at-risk youths and vulnerable migrant workers. Hatcher led the St. Francis Mission on the Rosebud Reservation in North Dakota.

The St. Francis Mission addresses prevalent issues of poverty, substance abuse, and suicide afflicting the Reservation. Dziedzic is a member of the Felician Sisters, a Catholic group rooted in Kingstree, S.C., a destitute area of the rural South plagued with prejudice.

Massa prompted the panelists to discuss the challenges they confronted in their particular diocese. Jose and Digna Lopez indicated that while there are many who favored and practiced Catholicism in Stockton, 50 percent of whom are Latino, the city is rated one of the most dangerous metropolitan areas in the U.S. Over the span of 20 years there has been a constant struggle to acquire sufficient resources to fund the programs that assist the community.

Hatcher, who has spent 39 years aiding the Rosebud Reservation, emphasized the importance of recognizing the troubled history the Lakota people have had with both the Church and the federal government. In addition to meeting challenges of alcohol abuse, poor healthcare, and waning spiritualism, a balance between preserving the Lakota people’s native traditions and spreading the hope of the Gospel is constantly kept in consideration.

Dzeidzic laughed that her biggest problem was that “there are only seven days in a week.” Alongside destitution and crime, however, the Felician Sisters have been obstructed in the past by small population of Catholics within the area-although the Felician Sisters now work with 11 other denominations, less than five percent of the region is Catholic.

Despite the challenges embedded in these areas, Massa asked the three guests, all of whom were members of the communities in which the Lumen Christi honorees worked, how they thought their communities would be different if weren’t for the efforts of the four panelists. Lily, who immigrated from Mexico at the age of 12, found that the Jose and Digna Lopez greatly helped bring out the talents of the community’s youth.

Jennifer, a volunteer at St. Francis Mission, stated she was honored to have worked with Hatcher, and insisted he had brought hope to her community that was bereft of spirituality. Kevin, a Kingstree resident who grew up around the Catholic Center, described the sisters as “an extension of our family in our community,” and said he couldn’t imagine where he would be without them. 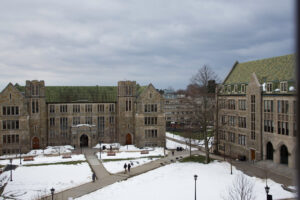 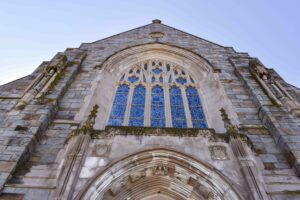 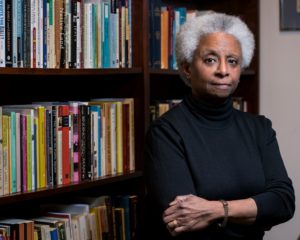