Just half an hour outside of the city in Lawrence, Mass., is a facility that is revolutionizing the way traditional clothing manufacturing is thought about. Lallitara, a clothing and accessory company with manufacturing plants located in the Boston suburbs, North Carolina, and New York City, hopes to transform fashion by doing good through every step of the process.

Lallitara’s creative and compassionate focus surrounds the idea of upcycling, or using already worn pieces of fabric and clothing to repurpose into new pieces. Lallitara’s tank tops, bow ties, and clutches are made out of vibrant, upcycled saris from poverty-stricken areas of India.

Bijal Shah, the CEO and founder of Lallitara, first noticed the potential for this upcycling manufacturing style in 2009 when she was living in India as an American India Foundation Clinton Fellow. Working in an underdeveloped slum with a non-governmental organization (NGO) that helps with poverty and education in India, Shah first encountered the community which would inspire Lallitara: Indian informal recyclers. These people made a meager living by going door-to-door, collecting worn pieces of traditional Indian garb to sell them. As India’s wealth increases, however, so does the ability for Indians to afford new clothing, leaving the informal recyclers with a dying trade.

“As India’s buying power has increased over time, the people now want to buy everything on trend, everything that is fashionable, similar to the United States, but India and the States are very different, and all of these fabrics could no longer be resold, leaving the recyclers in a lot of trouble,” Shah said. “And there I was seeing this happen, and I knew that there has to be a way that I could help-Lallitara became how.”

Recognizing the value and beauty of the secondhand fabrics, Shah began to make her own clothing from the reclaimed saris, and her vision for Lallitara came true “one dress at a time.”

Today, Lallitara has expanded its scope from a few, foot pedal-sewn dresses to three manufacturing facilities in three states, a comprehensive website for online shopping, features at various trunk shows, and sales in boutiques along Newbury St. and across the country. The brand’s products are as unique as its story. Although each piece of merchandise shares a similar style, the fact that each piece is made from different upcycled fabrics guarantees that each product will be distinctly its own.

“Unlike most designers, we start with the fabric as opposed to the idea for a design or the inspiration from the latest trends-but this means that we have to take our inspiration from the material,” Shah said. “Whenever we get a new batch of saris, we evaluate the fabric in relation to silhouettes or styles that both show off its beautiful patterns, but remain simple and easy to sew.”

Lallitara not only offers support through fair wages and a new market for Indian informal recyclers, but the company also supports other charitable and sustainable causes. In the U.S. every year, 13.1 million tons of textile waste is deposited in landfills, according to Lallitara’s website. In combination with the other textile waste across the globe, the textile industry is one of the top contributors to the increase of global greenhouse gasses and waste water. By reusing the fabrics, Shah works to “extend its life” by preventing immediate disposal as well as limiting wastes created in textile production.

Shah hopes that her clothing not only inspires unique fashion choices but also that it promotes awareness of the potential for sustainable possibilities in the fashion world. In addition to the revolution in her manufacturing style, Shah continues to further the charitable work with NGOs that helped to initiate Lallitara in the first place. Focusing on the poverty, which strikes the recyclers as essential to the company’s trade, proceeds from Lallitara clothing contribute to education to help end the poverty cycle that plagues many developing countries. All Lallitara products are tagged with the exact dollar amount that went to support the NGOs that the company partners with, including the Breast Cancer Research Foundation.

Shah has seen immediate success with Lallitara online and in boutiques in the few years since the company’s emergence. If the company continues to receive a similar response, Shah ultimately hopes to open a Lallitara storefront that would expose the ideals in manufacturing that the company is founded on directly with its consumer. In the plans for the potential Lallitara boutique, Shah envisions a setting in which customers can choose the upcycled fabric for their specific desired items and purchase their finished creations within a few days.

Shah and the rest of her Lallitara team plan to continue with their unique and sustainable approach to clothing and the community.

“Though we may not be able yet to directly effect every household that comes in contact in some way with our items, we hope to continue to provide holistic solutions to both fashion and with relieving the problems associated with poverty,” she said. 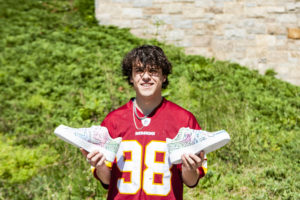 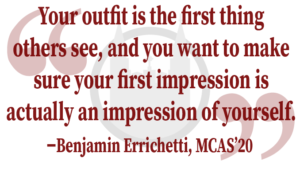 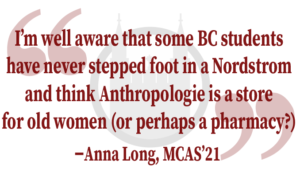