Home » More Than Just A Drop In The Bucket
News

More Than Just A Drop In The Bucket

Pete Frates, BC ’07, did not start the Ice Bucket Challenge. That might seem like blasphemy to say here on the Boston College campus, where Frates captained the baseball team and has now become a sort of legend among his fellow Eagles. While his strong involvement in the ALS and BC communities transformed the challenge into a craze that overtook the country, with everyone from Bill Gates to Homer Simpson participating, its origins are not so clear-cut.

As early as April of this year, people were jumping into cold lakes and rivers for the 24 Hour Charity Challenge, although no one is sure of how this began. It may be a spinoff of the polar plunge challenge that the Special Olympics uses to help raise money and awareness for the games.

According to KY3 TV in Springfield, Mo., participants in the cold water challenge had to jump in and donate $10 to the charity of their choice, or decline the challenge and donate $100 instead.

On July 15, golfer Chris Kennedy accepted the challenge from a friend and chose to donate to the ALS Association because a relative is suffering from the disease, according to Time magazine. ALS, or amyotrophic lateral sclerosis, is a neurodegenerative disease that affects about 30,000 Americans, according to the ALS Association. It affects motor neurons in the brain and spine, eventually killing them and removing the possibility of voluntary muscle control. Patients in the later husband also has ALS, and from then on ice buckets and ALS were linked. When the challenge reached Pete Frates, it also reached his extensive network of friends and supporters—the newest, of whom Frates’ daughter Lucy Fitzgerald Frates, was born on Aug. 31.

The Ice Bucket Challenge, despite its good intentions, raised more than a few eyebrows over social media and in the press. The most common complaint, pointed out by the likes of The Chicago Tribune and Slate, among others, is that many of the videos posted don’t actually explain anything about ALS. Rather than raise awareness, they seem to be more of a goofy stunt or symbol of popularity and fitting in.

Whatever one’s opinion on the challenge itself may be, the sheer amount of donations that the ALSA has received since the challenge gained momentum is astounding. On Aug. 27, the ALS Association announced that it had received $94.3 million in donations and 2.1 million new donors since July 29. In the same period last year, the association got $2.7 million in donations. Two days later, donations were up to over $100 million, according to a second press release, with donations ranging from under $1 to $200,000. According to the association, donations help improve the quality of life for ALS patients and promote research for new treatments and a cure.

Although the main focus of the challenge was to raise awareness and money for ALS, many participants have used the challenge’s spotlight and focused on other issues as well.

Californians are dealing with one of the worst droughts in the state’s history, and residents are required to take conservation measures by lessening the frequency of watering their lawns, the use of drinking water in fountains, or that which is used to clear off sidewalks and streets. In order to highlight the issue, some have filmed themselves dumping a bucket of sand over their heads for a “California style” challenge.

In another water-focused take, actor Matt Damon chose to do his challenge with toilet water to underscore the fact that 780 million people don’t have access to clean drinking water. What started out as a joke quickly became another popular spinoff when journalist Andrea Grimes challenged fellow reproductive rights advocates to eat a taco or drink a beer and make a donation to an advocacy group of their choice.

Actor Orlando Jones also chose a hot-button issue to highlight in his ALS challenge video: the fatal shooting of Michael Brown, an unarmed black teenager, in Ferguson, Mo. earlier this summer. Jones dumped a bucket of bullets on his head, asking others to take up the challenge to “listen without prejudice, to love without limits, and to reverse the hate.” 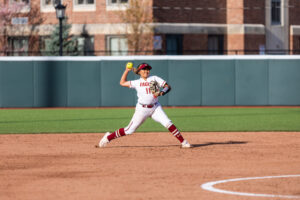 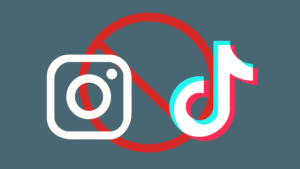