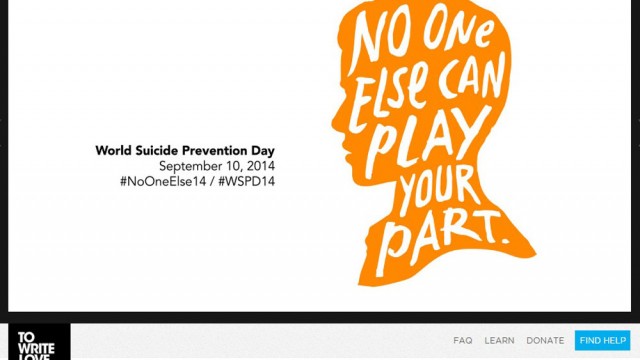 The Boston College chapter of a national non-profit dedicated to helping people who struggle with mental illness will join advocacy groups across the country this week to raise awareness about suicide prevention.

BC’s chapter of To Write Love on Her Arms (TWLOHA) has put together a mix of panel discussions, activities, and visual demonstrations aimed at initiating a campus-wide discussion about mental illness during National Suicide Prevention Week, which begins today.

According to the Centers for Disease Control and Prevention, suicide is the third leading cause of death among those between the ages of 10 and 24. The international campaign to bring awareness to the causes of suicide is particularly important on college campuses, where young adults often first develop signs of mental illness, said Cassidy Gallegos, BC-TWLOHA president and LSOE ’16.

“It’s something that a lot of people are afraid to talk about,” said Hanaa Khan, TWLOHA co-coordinator of events and LSOE ’17, of mental illness. “We want people to feel like it’s okay for them not to be okay and for them to talk about that.”

Today’s event aims to illustrate how others’ struggles can affect those on campus. Students will be asked to decorate paper hearts and hang them on poster boards in the Quad to honor someone they know who struggles with mental illness or who has died by suicide.

On Tuesday, the group will again use a visual demonstration to illustrate the far-reaching affects suicide has on society. Every hour between 11 a.m. and 4 p.m. TWLOHA members will place flags in the Quad to represent the number of college students who take their own lives each day.

Gallegos, Khan, and Anthony Hernandez, co-event coordinator and A&S ’16, spoke of a certain stigma that surrounds mental illness in society in general, and particularly on elite college campuses where many students strive to achieve a perfection that doesn’t exist.

“People just aren’t generally comfortable talking about it because there hasn’t been a safe place for that conversation to take place,” Gallegos said. “Our whole goal of having this week of events is to kind of start saying, ‘Hey, we can talk about this. This is something that every single person deals with in some way or another.’”

“Two-thirds of people who struggle with mental illness don’t seek help. And that is at the very core of what we’re doing,” Khan added. “We’re trying to be that bridge between people that need help and the help that they need.”

On Wednesday—World Suicide Prevention Day—the group plans a mental health panel in Higgins 300 from 5:30 to 6:30 p.m. Dr. Christine Merkle, the assistant director of University Counseling Services; Joe Maimone, A&S ’16; Lauren Freise, A&S ’17; and Olivia Reardon will lead the discussion. The participants will be asked to discuss their perspectives on mental health, share their own personal stories, and will also answer audience questions.

BC-TWLOHA created a fundraising team as part of the non-profit’s campaign to support suicide prevention. As of Saturday afternoon, the nine members on BC’s team had raised a combined $2,188, the second most of the 40 participating chapters. In total, the national organization has pulled in $31,304 in donations as of Saturday. The campaign ends on Sunday, Sept. 14 and all proceeds will go to local hospitals and mental illness treatment centers.

The American Association of Suicidology reports that, worldwide, close to 1 million people take their own life each year, and over 60 percent of all people who die by suicide were suffering from clinical depression.

Hernandez stressed the interconnectedness between mental illness and suicide. He said for that reason the group will focus its efforts on raising general awareness about mental illness. On Friday TWLOHA will ask students in the Quad to write letters to those entering treatment centers, to offer messages of hope and to show that someone cares.

BC-TWLOHA, first recognized as an official student organization in January, has no plans of slowing down its awareness efforts after this week. In conjunction with UGBC and its What I Be campaign—which aims to encourage communication about mental health issues—TWLOHA hopes to sustain a conversation that isn’t afraid to explore mental illness.

During this week’s events, TWLOHA will also advertise the resources available to students struggling with mental illness or contemplating suicide. University Counseling Services, located in the basement of Gasson, can be reached at 617-552-3310. 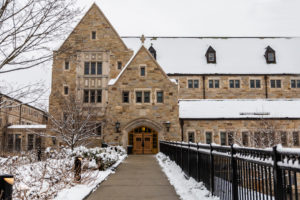