Home » Following Crimes At Northeastern, A Look At Student Safety 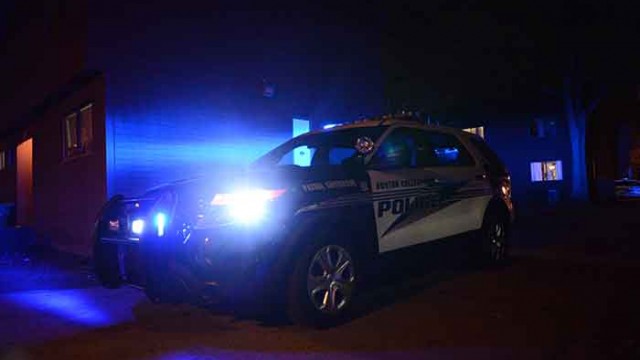 Following Crimes At Northeastern, A Look At Student Safety

As the city prepares for school and the reemergence of 250,000 college students returning to the Boston area, one topic seems to be of paramount importance:

We’ve all heard countless times the cliche “safety first,” and it seems that living in or near a big city like Boston facilitates many discussions about safety— whether it is walking with a group late at night, always making sure you have a charged cellphone on your person, or even calling an Uber if you are lost.

But with the massive migration of college students over the past couple of weeks, it seems that now is the perfect time to address the topic of safety in one of America’s largest cities.

Last Friday, a boston.com story reported two robberies and one assault on Northeastern University students over a two-day span that led to an investigation of a possible pattern.

Currently, the MBTA Transit Police, State Police, Boston Police, and Northeastern University Police Department are all investigating the situation, and they are  stressing that Boston area college students keep safety a top priority. Last Thursday, BPD also added a list of 12 safety tips for college students on its website to stress the severity of this situation.

The Northeastern incident is an unfortunate example of students being put in a very dangerous situation, but it also displays an idea that many college students take for granted.

Although we live nestled within safe campuses throughout the metro area, many students forget that Boston is a very large city and is subject to its own dangerous occurrences—especially to those who call this city home for the first time.

“As with any big city, it is important to always be conscious of the places and people around you,” said Danielle Antico, a student at Northeastern University. “In light of the recent incidents on campus, we are reminded as a school community and city residents to always be conscious of what is going on around us and to exercise caution, including walking from place to place in groups and keeping valuables concealed as much as possible.”

Although the Boston College campus is tucked within the private neighborhood of Chestnut Hill instead of the heart of the city, BC students are no strangers to constant messages about safety.

Last year, BC had its own menace lurking through the streets of student off-campus housing. Known as the “Kirkwood Tickler,” this man allegedly broke into the off-campus homes of BC students to watch them sleep, and in some cases to tickle their feet.

According to boston.com, BPD reported at least 10 sightings of the Tickler, whom many believed to be a myth for the past two years. At least three students reported seeing the man himself on April 7 alone last year.

Other colleges and universities are no strangers to this phenomenon. Harvard, Boston University, Emerson, and many others institutions right in or near the city have experienced similar safety problems—maybe not a man breaking into their homes to tickle their feet—but all schools are aware of the safety concerns associated with attending school in a major metropolitan area, unlike students who go to school in a miniature rural town in southern Minnesota.

Last spring, I had the opportunity to speak with the Police Commissioner of Boston, William B. Evans. Although Evans is most known for leading the force in response to the 2013 Boston Marathon bombings, he has also taken a number of steps to make Boston a safer place for its residents.

Evans, along with Mayor Martin J.  Walsh, WCAS ’09, have worked together to reduce violent crime by 13 percent over the past year, according to police department figures.

Walsh has also added 50 guards to help new citizens and about 15,000 high school students taking the T each day navigate the MBTA system throughout the city.

Although Evans and Walsh have made strides in improving safety for students, it is important to remember that even in a relatively safe city like Boston, many young college students should be on the lookout to remain safe.