Home » Understanding National Days Of Remembrance In A Global Context 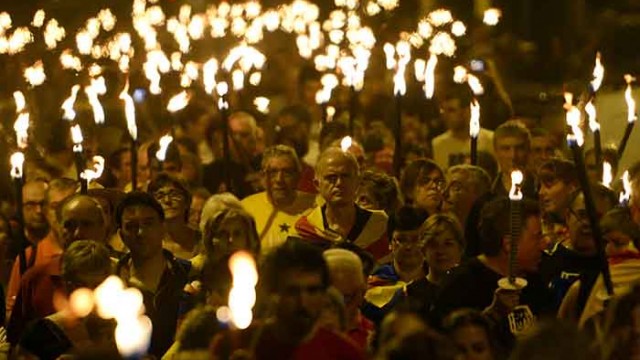 Understanding National Days Of Remembrance In A Global Context

It has never been a terrible idea to approach kings of any variety with an air of caution. The Puritans knew this. Our founding fathers knew this. Those familiar with Budweiser’s advertising campaigns know this. Developed countries in the 21st century that have maintained ancient lines of royal blood in their political system should be no exception to this public malaise. This first reaction is useful insofar as it produces a healthy and honest dialogue about the country in question that extends beyond the bygone threat of a totalitarian, divinely anointed leader usurping a democratic state and exploiting the peasants. This extension is a valid way to entertain the current political strife of Spain and address its place in American politics and government. If I may, I would like to de-capitalize “The Spanish Inquisition” and transform it into a friendlier, lower-case version, “the new spanish inquisition.” Let this new term refer to the current political question posed to the autonomous community of Catalonia and the federal government of Spain with regards to the independence of the former from the latter. Nobody expects The Spanish Inquisition. The new spanish inquisition of Catalan succession, however, has been a long time coming.

Some background on the new spanish inquisition: Catalonia is a region of Spain nestled in the northeast, touching both the Pyrenees mountains and the Mediterranean Sea. It is home to one of the most well-known soccer clubs around the globe, FC Barcelona, famous characters such as Salvador Dali and Antoni Gaudi, and even its own Romance language, Catalan (not a dialect of Spanish, guys). Three hundred years ago, this semi-autonomous commune was at the frontline of one of the many dynastic struggles that have swept across Europe over the years—The War of Spanish Succession, pitting the Habsburgs vs. the Bourbons. What made this struggle even messier was the internal division of Catalonia itself—both monarchies had their fair share of patrons and enemies among the Catalan people. On Sept. 11, 1714, that struggle ended in a Bourbon victory and resulted in the rapid repression of the Catalan people, their language, and their society under King Philip V’s decree, the Nueva Planta. Today, Sept. 11, 2014, 300 years later, in a mix of continued national pride and the somber remembrance of their decisive defeat and subsequent subjugation, over 400,000 residents of Catalonia have registered for and are planning to participate in an organized display of public dissidence by creating an impressive eleven-kilometer human “V” along the contours of Barcelona’s two marque avenues: Diagonal and the Gran Via.

The public discourse of the defeat, tyranny, and injustice experienced by the Catalan people has been revamped and rebranded in modern times of peace in support of the re-vindication of the Catalan state. Today’s planned demonstration is one of the new spanish inquisition’s many manifestations. Its history, often abbreviated and paraphrased by politicians to be more readily accessible to its people, has been used to further galvanize a democratic referendum to be held on this coming Nov. 9. Aye, there’s the rub. For in that vote of succession, what dreams may come are technically illegal under the current Spanish Constitution, a point that the Spanish Prime Minister Mariano Rajoy made quite clear in recent public statements. “Doncs,” you might say, “com m’afecta?” That is a great question. People asking that question, however, tend to be Catalan and speak Catalan, so a better phrasing might be, “Why does this matter to me, a United States Citizen?” That is still a great question, because besides occasional mention in study abroad stories, the dark, scary parts of Euro-zone economic developments, and high school Spanish class, Spain tends not to make it into the American public discourse. The new spanish inquisition, however, has every right to be.

Sept. 11 will unquestionably remain a day of national reflection for Americans for quite some time. It remembers a day on which our nation was brought into a violent reckoning at the hands of passionate, destructive people. It was, in this sense, a type of inquisition. How does a nation react to violence and vulnerability? Does the extremity of dissent harbor at its center the grains of truth? The arms, branches, and leaves of questioning that stemmed from that seedy September day will only continue to grow. Catalonia and the new spanish inquisition’s coincidence with our own national day of reckoning makes an empathetic leap between nations and people all the shorter of a distance. Nonetheless, a vibrant desire for Catalan independence will never be of utmost importance to the American people, just as American passions on this day will always fail to translate perfectly to the Catalan people. Our shared day offers the opportunity for solidarity between people who hold honest opinions, people who have been affected by forces greater than themselves, and people who believe in coming together as a nation to answer their own inquisitions. While days with profound national character such as these hold a valuable place within their respective countries, even these days can have another story. Sept. 11 in both Catalonia and the U.S. is just one example. It is easy to descend into patriotic fervor, because it is honest and heartfelt. To look past one’s own nation’s affairs to those of another—particularly on such an emotionally charged day—is difficult, because it requires initiative, a global vision, and empathy. This is the task, and it is a struggle. We may be one nation, but we are not the only one. 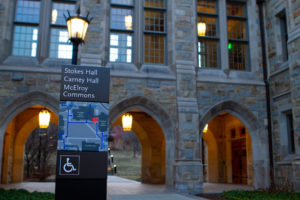 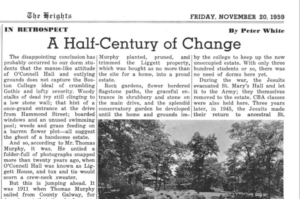