Home » Cindy Lou Who? The Pretty Reckless At The House Of Blues 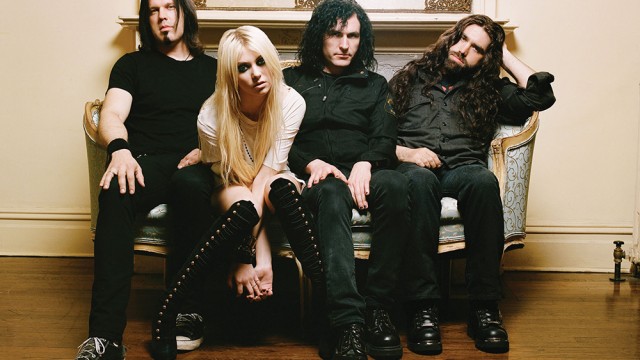 Cindy Lou Who? The Pretty Reckless At The House Of Blues

Taylor Momsen is no longer innocent little Cindy Lou Who. This petite, pretty blonde girl makes you entirely forget about her previous roles as both Cindy Lou Who in How The Grinch Stole Christmas and Jenny in Gossip Girl. Now, she has a stage presence that evokes mosh pits and head-banging, and that’s exactly the attitude she brought to the House of Blues Boston this past week.

Two opening acts prefaced her performance—Crash Midnight and Adelitas Way. Crash Midnight did not do a great job involving the crowd, but once Adelitas Way came on, all that changed. Adelitas Way really started the concert, with its vocalist Rick DeJesus yelling, “BOSTON, ARE YOU READY?” The crowd immediately gathered in front of the stage and filled in any remaining floor spots as it began its first song “Invincible.” Soon, everyone was jamming and throwing up his and her devil horns. Adelitas Way touched upon a range of emotions with its set list, making it very relatable. From “Alive,” a feel-good song dedicated to the people we love, to “Sick,” an aggravated song dedicated to the people who drive us crazy, everyone was able to get involved.

As good as Adelitas Way was, however, the entire crowd started to wonder, “where is the band we came here for?” The concert was supposed to start at 7 p.m., but instead doors opened at 8 p.m.. The next two and a half hours consisted of opening acts and sound checks so, by 10:30, fans started to get pretty impatient. Finally, a familiar mop of blonde hair appeared on stage. The crowd roared and Taylor came on the mic—“Sorry we’re a little late … The bus caught on fire,” she said. According to the girl who was in front of us in line, the band’s tour bus must catch on fire pretty often, seeing as it had also shown up two hours late to their previous show in Philly. Look out for tour buses that catch fire—they’re apparently ravaging our cities.

Based on this late arrival, The Pretty Reckless was going to have to put on a pretty stellar performance. Luckily, it delivered. As one man in the audience so eloquently put it, “Holy s—t, I had no idea they were this heavy.” People got riled up pretty quickly and the mosh pits started.

From “Follow Me Down” to “Absolution,” The Pretty Reckless’ first set of songs had no mercy, but the band took it down a notch during the second half of its performance. Switching to an acoustic set, Taylor began with old favorites “Zombie” and “Waiting for a Friend,” which were a nice break from the intensity she began with.

To close, however, she brought the energy level back up and finished off the concert with “Make Me Wanna Die” and “Going to Hell.” It was a great way to end, with two of the band’s most popular songs that one could not help but sing along to. Once The Pretty Reckless left the stage, it was already midnight, but that didn’t stop fans from wanting more. After some much-deserved bouts of applause, Taylor reappeared and serenaded the crowd with three more songs before calling it a night: “My Medicine,” “House on a Hill,” and “F—ked Up World.”

Overall, it was a great concert, and Taylor Momsen reminded the crowd once again that she’s a force to be reckoned with. She may be tiny, but her vocal performance and body language are certainly not. Cindy Lou Who who? 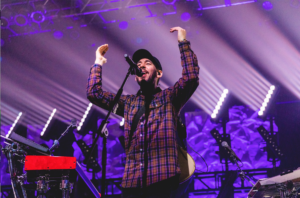