Home » For The Smaller Issues, It Can Be Difficult To Discuss Policy 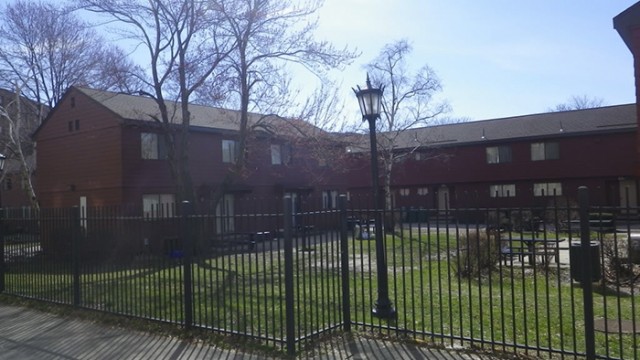 For The Smaller Issues, It Can Be Difficult To Discuss Policy

The Boston College Eagles defeated the No. 9 University of Southern California Trojans last Saturday. Several conversations Alumni Stadium-wide would label this event as “historic,” but campus’ resident “purposeless whiner” could not take part in those raucous “attaboys” nor even the mass on-field changing of half the school’s profile pictures at the end of the game. Ticketless, I could not witness this admittedly spit-your-drink-out upset with fellow Superfans, as stepping into gatherings or institutions standing for things like positivity and school pride evidently causes my skin to sizzle like some kind of cynic vampire. So I was left to stew in the dimly lit Mods, milling from crevice to crevice kicking an empty Miller Lite can and whipping up fresh gripes about “administrations” before the inevitable big party descended. “The Hero Chestnut Hill Deserves,” I remind a nearby bush.

That big party never arrived. Instead, a bizarre shutdown took place across campus. Police officers sidekicked by a hodgepodge of young and old folks in “University Official” jackets patrolled the Mods with remarkable vigor. The mantra was “Take It Inside,” and the execution was painstaking. An RA came up to a friend of mine and told him with self-aware non-commitment that he had to return inside his Mod. The resulting half step backward through his doorway rang with triviality and profundity. The difference between orderly and disorderly is a game of inches, forcing public anxiety over every step.

Most of the night we sat huddled in a Mod confined to an anxious get-together that seemed to cry out for Kevin Bacon to teach us how to cut loose. We peered out the windows every three minutes at passing police lights (supposedly symbols of order restored) from motorcycles and cars ominously floating by, and nearly each time, someone in the Mod asked: “Is this us?” This is a common symptom of the relationship between local authorities and BC students. Heavy deployment of authoritative presence instills a sense of collective guilt in the student body, setting them at odds with the authorities and devaluing their position in the conversation of what makes proper conduct. It works for off campus too, so ingrained is the established notion of guilt that the police can enter an apartment unannounced without any students questioning the implicit Constitutional haziness.

Such an event raises many questions, not the least of which is how daunting such questions are to raise. It is difficult to make a point against the enforcement of a law or policy without accidentally seeming to endorse the lawlessness in question. Complicating matters further is making the issue at hand seem important. On the surface, to insist my rights are being violated because of my relative inability to party situates my policy reforms far closer to a Beastie Boys chorus than the Federalist Papers. It’s dicier still to make a point about how a message intended clashes with the message received, especially if it’s a message of police authority, an issue in the forefront of current events despite the fact that the situation facing you and me is in no way as weighty as the heavier national police situation only obliquely referred to here because local law enforcement officials don’t deserve to have their reputable names besmirched even though, again, the consequences of their message are unintended, leaving this sentence to end mercifully on the note that talking about this is plain hard.

It’s exhausting and digressive to tread on eggshells with regard to respecting established authority and its practice. I feel compelled to include the incident of model police work from earlier that afternoon when two police officers stopped by a friend’s Mod for the purpose of just being friendly and promoting good feeling. Even still, one cannot claim that the discourse between authority and the public favors authority—particularly when the inciting events are sneaky and banal—without coming across as a petulant, arrogant complainer. Yet these put-downs are already endemic to negative responses to this column, so what better platform to get away with it? It is my opinion (this is my eighth Opinions column and perhaps my first time using that word, proving how desperate I am not to end up in hot water here) that the letter of the law and the spirit of the law can often be at odds. Conversations about proper conduct between authority and the public ought not be couched in pure bureaucratic policy talk. There is a degree of responsibility on a situational basis in dealings between one human and another. I myself cannot be interested in the pure policy of the thing, both because I lack the conviction to pursue policy change and because I maintain that what matters in policy is not its strict text but the appearance and application of that law in the public forum and the personal interactions between authorities and their constituents.

Some people, in matters of theoretical politics (and only in those matters) are stern policy adherents. This “Well, it’s illegal, end of discussion,” crowd employs that line of defense as a conversational escape hatch. Many who would argue that line would likely overlap with the group of Shea Field tailgaters. Yet if they truly believed that there was no human dimension between law and its application, they ought to strike their tailgates and march from tailgate to tailgate, zapping sophomores like some underage-drinking Terminator (yet another mid-’80s reference). They ought to even consider furthering their commitment to what is legally right by volunteering their weekends—quality time which most spend doing things like engaging with good friends and having souls—and prowling the community environs with the divine ordination to trundle into any beer pong den with icky coercion tactics that stretch the Fourth Amendment as far as it could go. Such action is buffoonish, robotic vigilantism, and is required by none. The Hero Chestnut Hill Deserves.

P.S. – For any would-be heroes out there, I definitely don’t live at 1911 Beacon Street, and the noise you’re hearing is definitely from the apartment next door.

mods BCPD
Should We Kick The Bucket Lists?
Has The Sun Set On Tim McGraw’s Country Career?