Home » Unconditional Love, Gravitas, And Our Grievances With Cityside 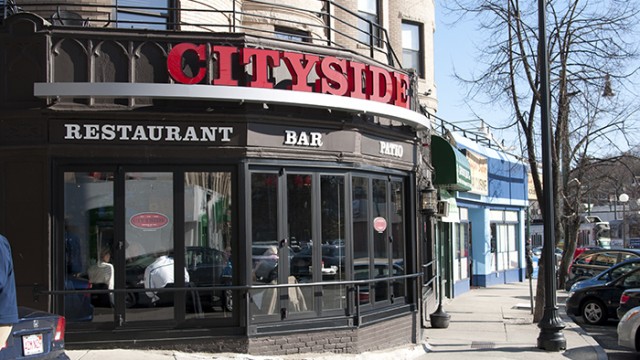 Unconditional Love, Gravitas, And Our Grievances With Cityside

Kygo Remix of Sexual Healing: To start, Marvin Gaye’s “Sexual Healing” has to be one of our favorite songs. And then, to hear this remix of it, well, we’ve never heard this much soul in a remix of a classic. This is not just a DJ’s sloppy redo with minimal effort. No, this remix forced us to reconsider completely our entire understanding of the song.

Gravitas: There is a kind of gravitas that we are looking for in our roommates. It’s a sort of approach to life—a certain seriousness coupled with an appreciation of the finer things. It’s someone who has The New York Times app on his smartphone, but still picks up The Wall Street Journal to read over tea and scones in the morning.

Unconditional Loving: One of our roommates has claimed to be the Jesus Christ of unconditional loving. Given our lack of historical and theological perspective, we can neither confirm nor deny his claim.

Gucci Mane: Because he proved that no one had to go to college to make millions of dollars based off pure swagger.

Setting the World Aflame: Go ahead, Eagles, go out and do great things.

Setting the World On Fire: Don’t do this. Really, though, don’t do it.

Running Out Of Fireball: While we are on the topic of fire … Not cool, Cityside, not cool. How can you run out of this on Senior Night, of all nights? Since we are already doing Biblical references in this incarnation of TU/TD, this is like the wedding, you know, the one in Cana. The bride and groom get married, have a huge shindig, invite over 300 of their closest friends and relatives, and then, halfway through the night, didn’t budget their wine well and ran out. Lucky for them, they had invited the dinner guest of all dinner guests, Jesus Christ (seriously though, with him around everyone felt as though their gift for the hostess was inadequate). Unfortunately, good ol’ JC wasn’t around Cityside Tuesday night.

Scotch Selection: We’re not done with you, Cityside. We need to sit down and have a long, hard discussion about a serious drinking problem—namely, the fact that we cannot drink a respectable scotch whisky at your establishment. It really is deplorable that the best you have to offer is a 12-year-old Glenfiddich. Don’t get us wrong, we don’t have anything against Glenfiddich—as a sort of everyday scotch. But what about when we need a good special occasion scotch to celebrate our roommate’s birthday? Not just any scotch will work for that. It requires something audacious, flavorful, full-bodied but with its own set of subtleties. Give us something we can work with, Cityside.

Unresponsive Texters: Some people don’t respond to our texts. This really frustrates us. We just want to ascertain that you aren’t, you know, dead or something.

Vegans: What on earth do you actually eat? A large gust of wind? Fortified water? Didn’t you hear, “Man shall not live on bread alone”? Apparently, some shall live on kale alone.

cityside
The Lawn On D Provides Art, Drinks In Outdoor Space
Should We Kick The Bucket Lists?