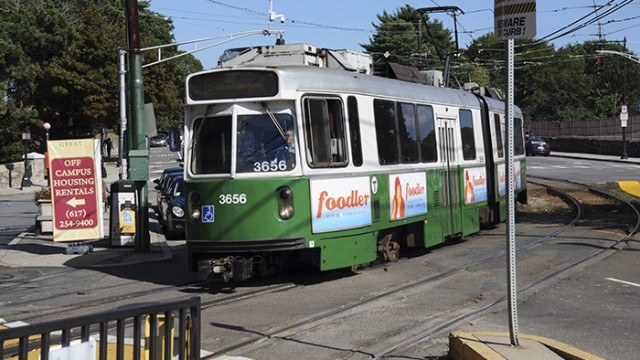 Nearly six months since the MBTA launched a year-long pilot program to see if late-night public transit stood a chance at survival on weekends in Boston, MBTA General Manager Beverly A. Scott knows that high, consistent ridership will be one way to measure the program’s success—and she knows just where she might find people to keep that number high.

“We have students all year round, but this is the time of year when you know it,” Scott said. “They are back in spades.”

As local colleges settle into their semesters, Scott said that she encourages students—especially freshmen previously unaware of the late-night pilot program that launched in March—to take advantage of the service.

“So far, the late-night service has been going very nicely,” she said, with nearly half a million riders having taken advantage of the service since the pilot’s launch.

Under the extended hours, the subway trains, Green Line trolleys, Silver Line buses, The Ride service for people with disabilities, and the most popular bus routes operate until 3:00 a.m. on weekends, with the last trains leaving downtown Boston at about 2:30 a.m. The pilot costs about $20 million—but local sponsors, including The Boston Globe and Dunkin’ Donuts, have helped to offset that cost.

According to MBTA spokeswoman Kelly Smith, public transit serviced between 14,000 and 16,000 riders during late-night hours on most weekends during the summer.

The late-night pilot program is consistent with other measures that the administration of Mayor Martin J. Walsh, WCAS ’09, has supported to modernize Boston and convert it into a city more likely to attract and maintain a population of youthful top talent, including later closing hours for Boston bars, which were rejected by city lawmakers in June.

“My administration is committed to creating the kind of safe and vibrant late-night culture that’s expected of a world-class city,” Walsh said, according to a March press release. “Transportation is a critical element to making that vision a reality.”

In March, businesses owners lauded the move to extend public transit hours on weekends, which would encourage consumers to stay out later knowing that they would have a safe way home.

Later hours, however, are not the only way the MBTA may strive to attract students to use its services. Youth activists, including the Youth Affordability Coalition, have pushed for cheaper student fares, including by building partnerships with local colleges for a subsidized university pass.

According to Scott, a team of youth and university students has been working with MBTA consultants to devise plans or potential pilot programs for youth passes.

For the time being, however, Scott is most focused on seeing that the late-night pilot program is a success.

Her advice to students—and to all those who might benefit from the MBTA’s light-night service—is this:

MBTA
Senior Tebs Maqubela Is Using New Media To Redefine The Music Industry
This Weekend In Arts: Acappellafest, Shakespeare At Fenway, And More