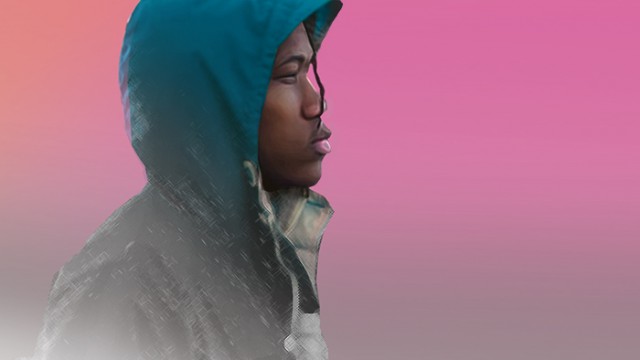 “Nowadays, if you want to do something, my motto is just to do it, find what you love, and let it kill you.”

Tebs Maqubela, A&S ’15, recalls himself as a young kid at a theme park, watching a tightrope walker perform. He thinks back to how the man found balance on that narrow cable—performers like this could only make a living out of the avoidance of their own deaths. At face, this anecdote of the tightrope walker is a story about destruction and risk. But in the words of Maqubela, a writer, this walk represents something different: it’s the path of an artist, creating something new. “Watching the tightrope walker, I thought, ‘Good God, man, he could die,’” Maqubela said. “But then he kept on going, and I was starting to think about it in the realm of what it takes to be a creator, what it takes to be an artist, a poet.”

In November of his freshman year, Maqubela co-founded a music blog with friends Micah Peters and Lucas Bancroft-Baer. No Fillers began simply as a platform for sharing songs with friends, but the project quickly started to move in a more radical direction. Naturally, Maqubela was paying closer attention to what other music writing was out there after founding No Fillers. He noticed many smaller outfits would simply regurgitate the content published by the bigger ones. When Complex, for example, published a feature on an up-and-comer, hundreds of bloggers would follow—seemingly gravitating toward whichever artists they noticed someone big standing behind.

Maqubela came to Boston College as a soccer recruit from the Phillips Academy in Andover, Mass., and he played on the men’s varsity soccer team his entire first year. Around the same time he started to let go of his dreams of becoming a professional soccer player, the readership of No Fillers was picking up.

The small-time operation was bucking trends set by similar entertainment blogs. The No Fillers team was taking risks covering artists no one had ever heard of, while simultaneously developing an unconventional editorial style among its growing body of writers. The blog paired music with poetry, and it encouraged writers to bring personal experiences into reviews.

“We’re artists as well,” Maqubela said. “Our medium just happens to be covering their medium, but through that whole process, there’s an artistry about it.”

No Fillers eventually devised a two-pronged approach to grow readership while continuing to publish its long-form reviews. In 2014, the three divided the website into two parts: “Stream” and “Verse.” The former compiles content from around the web, allowing readers to stream it directly as they read, while the latter continues the more poetic, editorial prose No Fillers historically has done. These lengthier “Verse” reviews can take as long as a month, from first listen to final edit, to complete.

“The concept of ‘Verse’ itself is emblematic of what No Fillers is about,” Maqubela said. “Something I always say is that writers have bars, too—bars for their writing rather than verses. Writers are doing their damn thing, too.”

Maqubela is currently taking the semester off from BC. He now lives in Brooklyn, and works for 300 Entertainment, a newly created record label founded, quite fittingly, by disillusioned record executives. The former presidents of Def Jam and Asylum, as well as the Worldwide Chair of Warner Music created the label with the idea that most bigger labels weren’t doing enough to keep up with new technologies, and hadn’t adjusted the way they look at performers amid sagging record sales.

While it’s still Maqubela’s job to scout out new artists, his role has evolved. In the artist and repertoire department of 300, he’s suddenly on the other end of the business: now, he’s picking the winners. No Fillers was built on the idea of betting against them.

“The commodification of music is just something that I was naturally averse to because of No Fillers,” Maqubela said. “A year ago, if you told me I would have to judge an artist based off how much I think he’ll make money, how much money they’ll make for the label themselves, rather than their artistry, I would scoff at you.”

It’s the tightrope Maqubela—as well as many other BC students looking to enter creative industries—must walk. With the encouragement of communication professors Celeste Wells and Brett Ingram, he made the leap to pursue a different kind of education, more directly in the music field.

“This is an unconventional path to take, and there’s no blueprint for me for how I can do it right,” Maqubela said. “But nowadays, if you want to do something, my motto is just to do it, find what you love, and let it kill you.”