Home » BC Grads In Tech Field Discuss Starting A Company 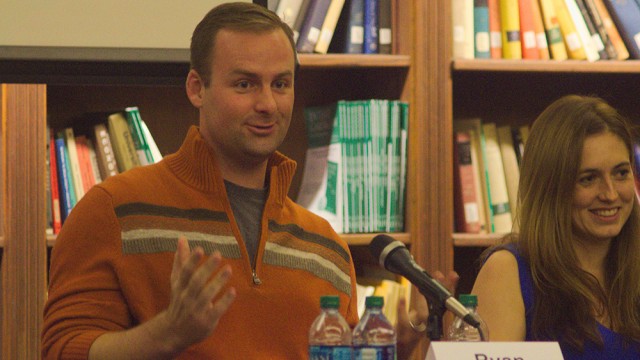 BC Grads In Tech Field Discuss Starting A Company

Last Thursday night in the Fulton Honors Library, three Boston College alumni shared their experiences with starting their own companies, the challenges of giving up a full-time corporate job, and their advice for students aspiring to start their own businesses.

Organized by the information systems department and facilitated by members of the BC Venture Competition (BCVC) executive board, the panel included Nick Rellas, BC ’13, Maurya Couvares, BC ’06, and Ryan Selkis, BC ’08. Bridget Akinc of the marketing department—a veteran of multiple high-growth technology companies—moderated the panel.

Rellas, the most recent graduate among the three speakers, is the co-founder and chief executive officer of Drizly, a web- and app-based alcohol delivery service that has spread to half a dozen cities across the U.S. Drizly has raised $5 million in venture capital to date, and has been covered extensively by media outlets such as Bloomberg and BostInno.

Couvares co-founded and serves as the executive director of ScriptEd.org, a non-profit that currently provides technical training for underserved high school students at 15 schools in New York City and has plans to spread to Boston in the near future. Couvares has also spoken at a TedX about her vision and progress with ScriptEd.

Selkis, most notable for his involvement in numerous projects surrounding the digital currency Bitcoin, has founded multiple companies and was named “Bitcoin’s Most Insightful Journalist” in May at the first annual Bitcoin Industry Awards. After working in venture capital for the first three years of his professional career, Selkis founded Good Benefits, Inc., a firm that focused on creating a 401(k) style option for employees and companies to fund charitable gifts directly from paychecks. He founded and is currently the CEO of Inscrypto, a company that seeks to act as the FDIC of the Bitcoin industry.

Before describing the specific stories of how each of their most significant companies was formed, each of the panelists spoke about their educational background and how their passions began to develop. Rellas spoke to one particular class, Strategy and Policy, which almost single-handedly convinced him not to pursue a career in investment banking in order to pursue a career more in line with the operational growth of a company.

“I fell in love with the idea of growing a company, of analyzing a competitive landscape, finding a niche, and attacking it,” Rellas said. “That’s pretty much how I fell into this three-year wild ride that I’ve been on.”

Amidst anecdotes like staying in the library on weekends to read Harvard Business School case studies, Rellas emphasized the importance of analyzing companies and their strategies as the driving factor behind his eventual realization that Drizly could plug a currently underserved and largely nonexistent market.

While working for New England Coffee during his time at BC, Rellas recalls having an overwhelming sense of frustration due to the realization that such a large coffee producer featured such a small amount of technology that made life easier for employees. Upon having a conversation with his supervisor in which he was told that the coffee industry was too heavily regulated to use large amounts of technology, Rellas set out to find out why largely regulated, recession-proof industries could not benefit from considerably higher amounts of technology infused at each level of the value chain. Eventually, Rellas pursued the idea of Drizly when he considered why alcohol could not be delivered and found that most consumers believed the process to be illegal.

Selkis’ story, on the other hand, began with three years of full-time venture capital work in which he spoke with thousands of entrepreneurs, coming to the realization he eventually wanted a more operational role at a growing company. His inspiration for Good Benefits, Inc. came from his finance background and interest in stimulating charitable giving, eventually aiding to grow the economic pie by allocating money to charities that eventually would never have left retirement plans and other investment vehicles.

Couvares also held full time positions for years before founding ScriptEd. After teaching middle school students in Philadelphia as a participant in Teach for America, she felt her talents could be put to better use outside of the classroom. After working for a law firm to coordinate after school programs for a high school in New York City, Couvares moved into a position with the same firm to coordinate all pro-bono work and related data. It was at this point that she improved upon her own technical weaknesses, and gained inspiration for ScriptEd to provide technical training for young students who would ordinarily never get it.

“I started thinking a lot about the kids that I would work with for a really long time, and how they were obsessed with the technology around them but never said that was what they wanted to do when they grew up,” Couvares said. “That was really strange to me, and it had a lot do with the fact that they just didn’t have resources in their schools to teach them about technology.”
After describing each of their stories as well as the lessons they had learned, the panelists were asked in closing to address the shrinking percentage of millennial getting involved in startups, per a recent study.

“If you don’t have an idea that you’re completely obsessed with, go with the best available job and pay off your student loans in the meantime,” Selkis said. Couvares echoed the sentiment, indicating she had promised herself she would not leave her full time job until she fully paid off her student loans.

Rellas, the lone member of the panel who pursued his venture immediately after graduating, agreed with the others before offering a caveat that encapsulated the tradeoff he had to endure by not joining the workforce.

“The only reason I got to where I am now is because I made some sacrifices,” he said. While the panelists agreed on the value of financial security before starting companies, they were united in expressing the importance of chasing lifelong passions through entrepreneurial ventures when the circumstances become appropriate. 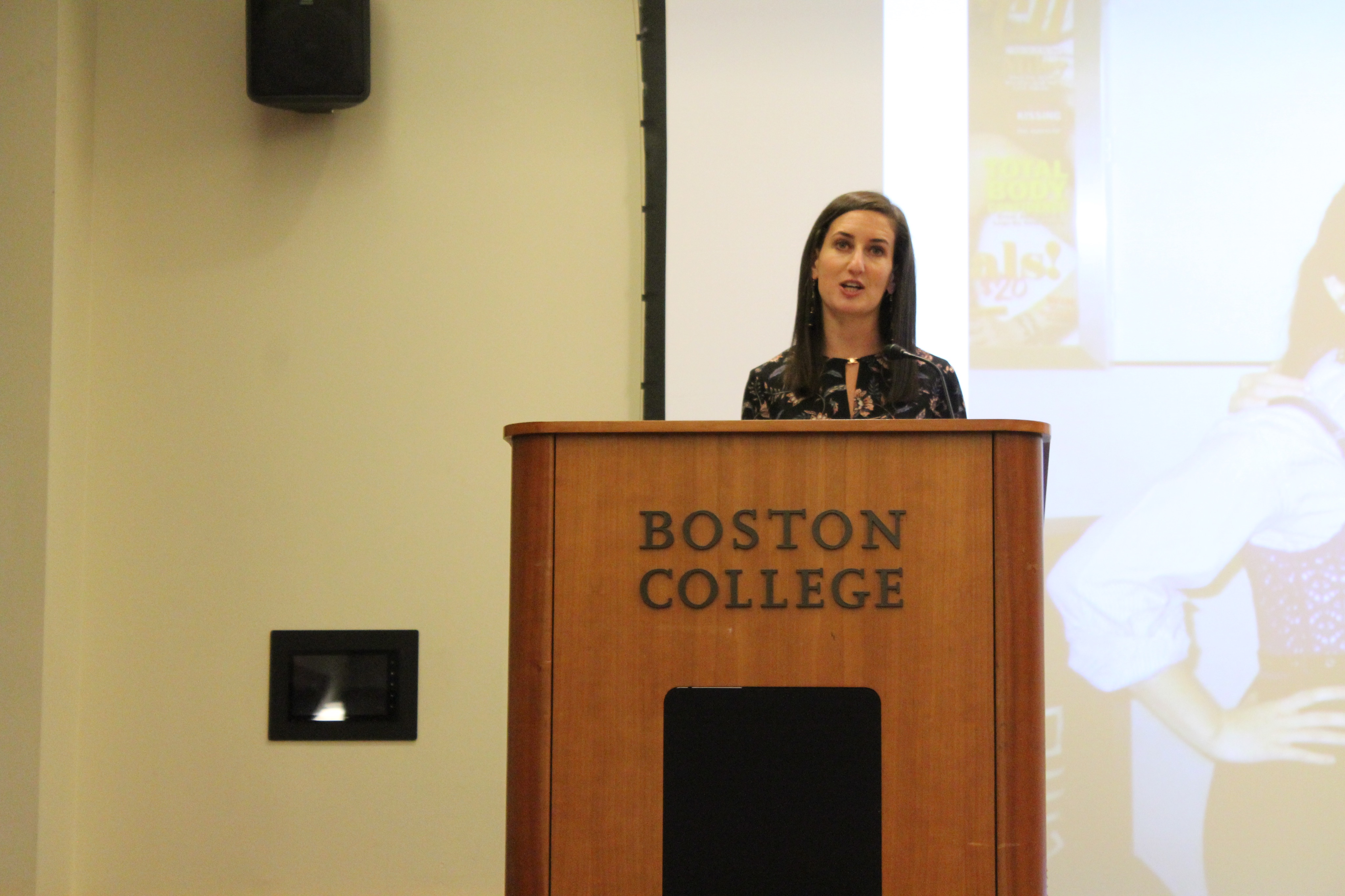