Home » Breen Examines Impact Of Media And The Web 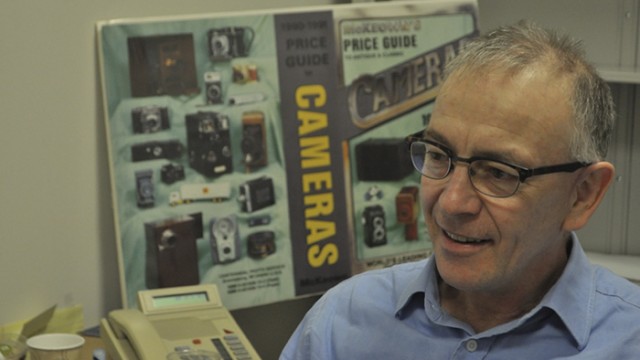 Breen Examines Impact Of Media And The Web

This fall, Boston College welcomed Marcus Breen to the communication department as the director of the media lab. Breen’s interest in communication and media started from a young age. He was born in Melbourne, Australia into a very musically engaged family. Breen was raised in a Baptist home, a religion in which music plays an integral role. His music-filled childhood had a big role in his eventual decision to pursue a career in music media.

After completing his education, Breen became a journalist. It did not take him long to find his niche writing about music and the arts. “I found there were very few people who were specializing in what I was interested in,” he said. “So, once I became a journalist, things just sort of fell into place.” Breen’s career as a journalist included time working for The Hollywood Reporter in Australia, where he got the opportunity to meet many interesting and influential people in the film and music industries.

During the 1990s, Breen moved into the academic field, working as a researcher and consultant. It was during his time as a consultant that Breen first made visits to the U.S. Although Breen was an adult by this time, his childhood had been heavily influenced by stories of America. “My grandmother came from Ireland to Boston, had children in New York, then moved back to Australia,” Breen said. “So, we grew up hearing stories about the East Coast, the Statue of Liberty, the Empire State building.” These stories instilled a strong interest in the East Coast in him from a young age.

After making many trips for consulting, Breen made the official move in 1996 to the U.S., and he has lived here intermittently ever since. He moved to North Carolina with his wife and children, where he began working for the communications department at University of North Carolina at Chapel Hill. One notable class Breen taught while at UNC was a class on new technology in the year 1996. It is hard for a college student today to imagine a time when the Internet was not a part of daily life, but Breen was teaching at a time when the World Wide Web was a new concept. “Everything was changing, we had to take students to computer labs and show them how to use the Internet,” he said.

The introduction of the Internet had a big impact on Breen’s career path. A main focus of his work became the cultural and social responses to the Internet. He wanted to know how the music and film industry were impacted by new technologies.
Breen’s latest book, Uprising: The Internet’s Unintended Consequences, focuses on the Internet’s impact on our lives.

Specifically, Breen looks into how individuals in the private space of their own computer have changed. “What do we mean now by being private?” Breen asked. “The definition of the word has changed.” With sites like Facebook and Twitter letting the world into an individuals’ entire life, this changed look on privacy is more evident than ever before.

Although this is Breen’s first year at Boston College, this is not his first time teaching at a Boston school. Breen spent time at Northeastern as well, where he taught one of his favorite classes, Dialogue of Civilization. This class was a faculty-led summer program that allowed Breen said he to return to Australia with a small group of students to learn about Australian media and industry. The program was a month long, and Breen loved that the trip allowed him to become so close with the students he taught.

Breen’s Boston connections do not end there. He shared the fun fact that his son currently attends Northeastern, and his wife teaches at Boston University. “We are excited for hockey season,” Breen said, noting the intense rivalry that always arises between the three Boston schools.

Regarding his time at BC so far, Breen has nothing but good things to say. “The students have been wonderful, the faculty very supportive,” he said. “Everything works here, which isn’t always the case elsewhere.” This semester, he is teaching several communications courses, including Mass Communication Ethics and New Media in Society. On top of being a professor, Breen is the director of the department media lab. “There is a review of the media lab happening in the next 12 months that will feed into the decisions that will be made about the facilities and the role of the department beyond,” Breen explained, adding that this review has the potential for opportunities for something quite different and exciting to happen in the department.