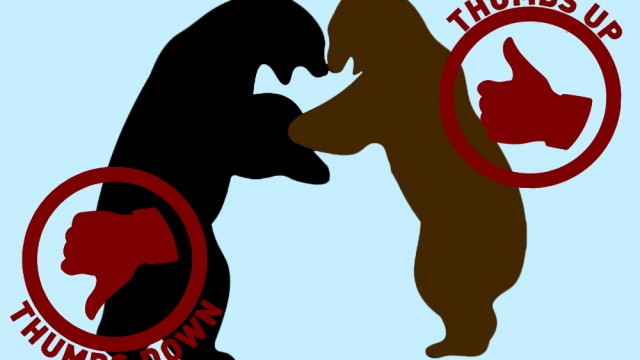 Apple Juice: Like most people in this fair world, we normally enjoy a nice glass of orange juice for breakfast in the morning. Of late, we have switched things up. Due to the copious quantities of apple juice on this campus, we have recently been starting our days with a tall glass of apple juice. Really though, there seems to be apple juice everywhere, and we do not mind it at all.

A United Kingdom: Last Thursday, Scotland voted to remain in the UK. Although we at TU/TD are neither English nor Scottish, we Thumbs them Up on that decision. Although rocky at times, the union between the two nations has been incredibly successful over the course of the last three centuries. If Scotland had decided to break from the UK, both Scotland and the countries that remained behind would have had greatly diminished roles on the world stage. Plus, it is highly unlikely that Scotland would have been economically better off on its own. After all, Alan Greenspan and Paul Krugman both thought it was a bad idea. We might not know a lot, but we do know that if Greenspan and Krugman ever agree on anything at all, they are probably right about it.

#CelebrityDivorces: Yes, we know that this might sound inconsistent given a recent Thumbs Down, but hear us out. Avril Lavigne and Chad Kroeger are getting divorced. This has to be good for Avril long term—she married the frontman of Nickelback, for Pete’s sake, Nickelback! Who in her right mind could think that was a good decision? More importantly, however, is the fact that this makes Avril available. Although this doesn’t do much for us now, we know our middle school selves would have been thrilled.

Brown Bears: The impressive grizzly is a part of this class of bears. They are rather beautiful creatures, really.

Black Bears: We hear these are quite prevalent in Maine. We think they are out to get us.

Secret Service: A man armed with a knife jumped over the fence and made it into the White House before he was stopped by the Secret Service. Were they all on coffee break? Was somebody manning the surveillance cameras taking a nap?

iPhone Mania: Also in the category “Things That Have Happened in the World Since our Last Column” is the launch of a new iPhone. Like every other iPhone launch, there were people camping out overnight outside of Apple stores, and some stores saw queues forming that went around the block—in Manhattan, the line went around several blocks. In Australia, the first person in Perth to get his hands on the phone could not keep his hands on it and dropped it on live television. Our real question is, however, why are we as a species still doing this? These phones are no longer hot commodities. Yes, we get it, this version is bigger and better than ever. But is this really reason to camp outside a store for several nights? Do we have nothing better to do with our time? Have we bought this much into the Apple mythology?