Home » The Tinder Games: What I Learned From The Dating App 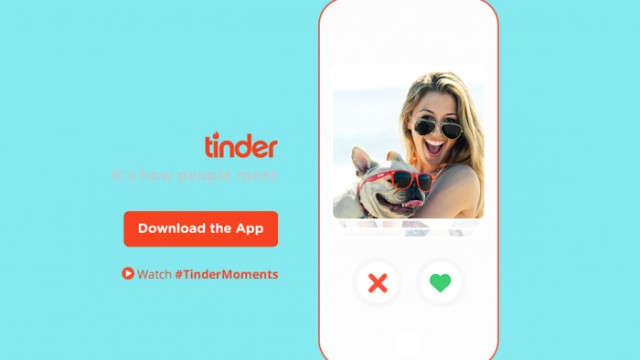 The Tinder Games: What I Learned From The Dating App

It was still early, a Saturday night. Two roommates and I had set out on a simple mission: to game the world’s most nefarious dating app. We put together our profiles, and loaded them with colorful lies and manipulative detail. We had no intention of meeting any of our matches, and with that, absolutely no reason to be honest about anything. Indeed, the matches wouldn’t have the chance to ask me just how I became CEO of a successful startup at the age of 20, or question just how far I was into writing my novel, for that matter. The anonymity was empowering. Wearing it as a cloak, we marched off to the great unknown.

Amused by the contest, a female friend of mine consulted with me on what pictures to include. One nice photo, she instructed, preferably shot with a DSLR camera. Add a group picture. It’ll let them know you’re not too creepy—and put yourself in the middle, so your potential matches don’t have to do the guesswork. And then a funny shot: this is your chance to show off your personality, or whatever semblance of one you can communicate in a 15-second pitch. Easy enough, I thought. As a measure of good faith, I added a photo of myself with a dog, and then it was off to the war zone.

The inception of dating apps like Tinder have adjusted the way we approach relationships. What was once considered a matter of complex chemistry has been simplified to a binary decision: swipe right, swipe left. Yes or no. The concept can be trouble, and for me, it was easy enough at first to write off the technology entirely. When I first heard of it late last year, I pictured little more than a swath of lonely people, laying out intimate information to be drawn out into the waters of digital oblivion. But as more and more stories begin to crop up about couples meeting each other through the app—and then going on to find they have an awful lot in common—I began to look less dismissively at it.

If nothing else, Tinder can be an antidote to the isolation many digital natives experience, and in an odd way, it’s teaching Generation Y how to take risks again. If my little Tinder Experiment proved anything, it’s that you lose 100 percent of the connections you never make. The collective wisdom of the financial industry—that with greater risk comes greater return—was surprisingly relevant to strategizing in the Tinder Games.

But then, it doesn’t stop with Tinder. The latest generation of Smartphone apps is teaching us to open ourselves back up to risk, and in turn, begin trusting other people again. Airbnb, for example, lets you rent out your house to travelers. Uber makes it possible to get into a perfect stranger’s car, and trust the transaction will just work. On the more bizarre end of the spectrum, an app called Cuddlr is now arranging cuddles between strangers. Now, I sincerely doubt there’s any real value in Cuddlr, but its mere existence does lend itself to this important cultural narrative: people are desperate to start interacting with each other again.

Social media gave us a new way to be lonely, and now, it’s giving us a way out. When I first heard of Tinder, what disturbed me most about it was how the app encouraged people to actually meet each other. This thinking was outdated. What should creep us out is any network that encourages users to actually interact with people less, distrust strangers, and segment the world into friend circles.

Did you ever wake up on a Sunday morning and slowly piece together that, the night before, you were “that guy”? Well, I was “that guy.” I had turned people into points and made a game of a platform that people, evidently, are actually learning to trust—and in some cases, taking quite seriously. As quickly as they started, the Tinder Games ended, as soon as my roommates and I caught on that there’s a fair deal of responsibility associated with the personas we keep online.

And then, that Sunday felt different. Faces passing by, strangers, friends, acquaintances I lost touch with: they all looked a little closer, maybe even a little more real. We were one swipe away.