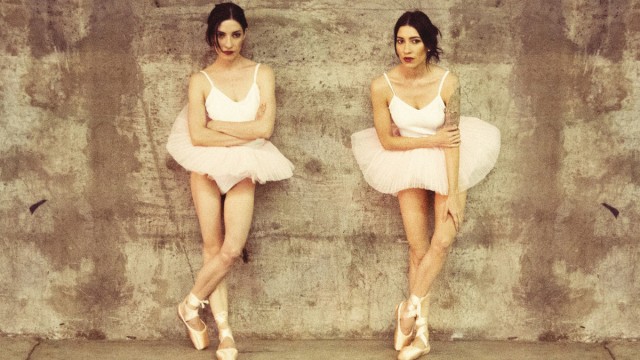 The Veronicas Spin Back Around With A Twisted Ballet Music Video

After half a decade out of the spotlight, there was a great deal of pressure felt by Australian duo, The Veronicas, to come back bigger and better than before. Their new single, “You Ruin Me”—which is to be the lead single of their new album—makes their return to the music scene a powerful and passionate one. The music video, on the other hand, although stunning for the most part, somewhat undermines the pure emotion on which the song’s meaning is based.

The opening moments of the video are reminiscent of Disney’s The Haunted Mansion: we make our way through eerie corridors with flickering candles and apparitions. While this builds an atmosphere, I can’t help but expect the invasion of phantoms or five floating heads bursting into a chorus of “Grim Grinning Ghosts.”

This mysterious opening, which, jokes aside, does introduce a beautiful theatrical setting, is interrupted by the two sisters driving a car, wearing matching sunglasses and “rocking up” to their own show—displaying the same cheesy, rebellious attitude they possessed back in 2007 when they appeared on The Suite Life of Zack and Cody.

Thankfully, with this out of their system, the video then takes a mesmerizing turn into what seems to be a celebration of the arts. The girls become part of a fairytale world where roses are delivered to your dressing room and a piano starts playing just as you feel the urge to sing. The romantic imagery of ballet dancers and chandeliers complements the hypnotizing quality of the girls’ voices perfectly. The two are a match made in heaven—so much so that the inclusion of the ridiculous Black Swan-esque, “lover’s revenge” subplot which runs throughout the video feels unnecessary when observed alongside this spectacular demonstration of beautiful vocals, stunning orchestration, and killer ball gowns.