Home » Even A Lifelong Mets Fan Can Respect The Yankee Captain 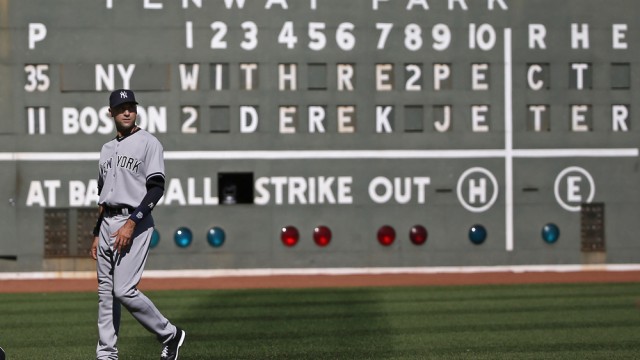 Even A Lifelong Mets Fan Can Respect The Yankee Captain

As a diehard New York Mets fan, there is no greater pain than complimenting New York Yankees Captain Derek Jeter.

Most of me will never stop viewing him as the ultimate villain of my youth. In fact, more of my childhood than I’d like to admit was spent criticizing the infamous No. 2. I was that kid in the middle school cafeteria who’d try to convince his friends that they couldn’t spell “overrated” without “Jeter,” and would dream of being a big leaguer one day just so I could beat Captain Jeter’s miserable Yankees.

Before you ask me if I got out much as a kid, let me make a difficult concession—I’ve got to tip my hat to Derek and congratulate him on a career well done.

Why the change of heart? Well, I’d be a hypocrite if I didn’t acknowledge Jeter for being the solid role model he has always been. Throughout a career that has spanned two decades, he never wavered in the spotlight like so many others in the industry of professional sports have. He has always handled fame and accolades with a degree of grace that is difficult not to admire.

And regardless of one’s own baseball allegiance, who could forget that signature moment where he leaped into the stands, emerging with a bloodied face and ball in hand?

To me, the image of that play embodies the grittiness with which he approached the game of baseball and the game of life. Over his 20 years, he was never a home run king or a league MVP, but received more adoration than both of those titles could combined. Why? Because he always paid attention to the little things, executing on the subtle fundamentals that could turn a routine play into a legendary moment.

Above all, Jeter stood up for the team.

Perhaps that is why the extra mile I and so many others have gone to acknowledge Jeter’s success runs contrary to the reasons we respect him.

In a recent column, ESPN’s Buster Olney argues that somewhere along the parade route that has been this past month’s love-fest, “Yankees drifted off course and winning became secondary to the 2014 Derek Jeter fairy tale.” The awe that has gathered around a legend’s career put an organization on the cusp of contention into the background.

Sure, it’s tough not to admit that Jeter’s farewell week has provided fans with Hollywood script-worthy material and reason to celebrate. If we consider sports are a form of entertainment, then there’s really nothing wrong with that.

If we’re going to also use sports as a model for being a good teammate in the game of life, however, then this situation violates the golden rule—there is no “I” in “team.”

Maybe it’d be wrong—or even disrespectful—not to give Jeter the credit due to him. But somewhere, there is a line that needs to be drawn between congratulations and a distracting sense of idol worship.

At some point, the only way we can truly acknowledge the “best” is to mute the noise and just let them do what they do best.