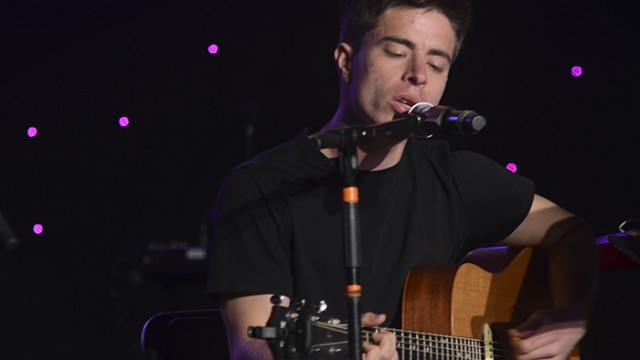 In the 1980s, the music scene at Boston College was limited outside of the classical music realm. Hundreds of dollars were spent on attracting orchestras from around the country to perform concerts, while other genres received little to no recognition. This narrow view of music didn’t strike a chord with most students.

Breaking away from the music department, the Music Guild of BC targeted the wide scope of students’ musical interests and developed into the most influential music group on campus. From classical music connoisseurs to punk-rock die-hards, the Music Guild provides endless opportunities for aspiring artists to flex their melodic muscles.

Whether participating as an audience member or performer, the list of Music Guild events is rapidly growing. The types of artists involved with the Guild include a cappella groups, alternative, electronic, folk/folk rock, and singer-songwriters.

“The opportunities for artists at the Music Guild have really exploded in the last few years,” said John Guzzi, president of the Music Guild and A&S ’15. “We went from only hosting a Battle of the Bands and singer-songwriter competition to having open mic nights every other week, frequent volunteer opportunities, and large showcases at least once a semester.”

In their most recent event, this past Sunday the Music Guild hosted a showcase at Faneuil Hall in Boston. Parents and students alike were invited to jam out at the marketplace to over 15 BC bands. The club has also started booking live student groups to play outside the SuperFan Zone during BC home football games.

Perhaps the most popular on-campus event for the Music Guild, Battle of the Bands is one of the longest running events in the club’s history. Every spring, bands compete for a chance to move into BC’s Best during the Arts Fest. The club also hosts numerous band showcases that promote the popularity of aspiring artists on campus, with the next showcase scheduled for Nov. 20.

A more casual option to engage students’ musical skills is the open mic nights. Every other Thursday, students of all skill levels gather at the Old Chocolate Bar in MacElroy Hall, next to On the Fly, for a night filled with singing and socializing, and no experience or talent is required.

For those musicians who aren’t quite ready for an audience, the Music Guild offers a practice room exclusively to all its members in Lyons 409.

Every weekday from 9 to 12 a.m., artists can practice using the piano, four-piece drum set, and guitar and bass amps. A brand new drum kit will be arriving for Music Guild members this Thursday.

In regard to the commitment of each member, the Guild has no requirements or standards to be a part of the club.

“We expect nothing from our members,” Guzzi said. “Our officers make the commitments to see music grow on campus, but given the fact that half of our events are filled with first time musicians, we try to be open and flexible.”

Interested students can sign up to be on the club’s listserv and receive emails about showcase opportunities and other events, so they can choose which events to sign up for. The Music Guild is committed to providing outlets and opportunities for all BC musicians, regardless of experience.

Even if students are tone deaf and rhythmically challenged, they are still encouraged to join the Music Guild.

“We are simply looking for people with an enthusiasm for music,” Guzzi said. “If you don’t want to be involved as a musician, we are always in need of an audience.”

Additionally, Guzzi encourages involvement in the volunteer sect of the Guild’s work. Every two weeks, the club takes a trip to the Franciscan Hospital for Children to help foster an appreciation of music in the inpatient mental health unit. Members plan and take part in interactive performances with the patients.

The Music Guild has opportunities for music fanatics of all levels. Between the resources, promotions, and opportunities offered to members, it is one of the leading music groups on campus.

“If you are interested at all in pursuing music, go to the Music Guild first,” Guzzi said.