Home » Engage The Issues Of The World 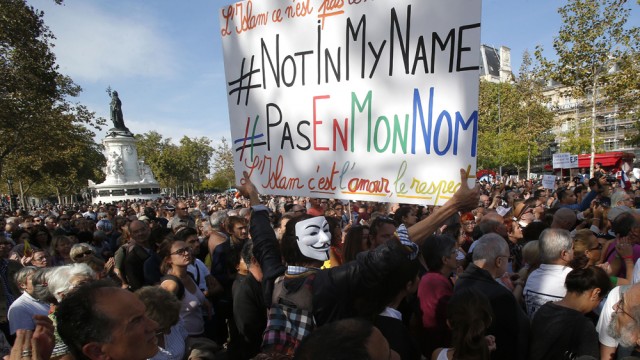 Engage The Issues Of The World

The streets were blocked off. Police were in riot gear. There were firecrackers exploding into large crowds. I only spent one day in Rome while studying in Italy last semester, and although I did see the Spanish Steps and the Coliseum for the first time, witnessing several thousand people unite to protest against austerity and for affordable housing stuck with me more than any of the tourist attractions.

These protests would be out of place in the U.S., and they would be even more out of place on Boston College’s campus. As college students and young adults, this is a particularly free time in our lives. We have the time to read and learn. We are surrounded by our peers and can explore different points of view. We have access to many of the resources and capabilities necessary to advocate for ourselves.

Despite these capabilities, many young adults are not getting involved. According to the Center for Information & Research on Civic Learning & Engagement, voter turnout in the 2012 presidential election was only 45 percent for citizens aged 18 to 29. Presidential elections are rather straightforward, and voting is one of the easiest ways to engage with our communities and country, but we aren’t doing it at the same rate as other adults, as voter turnout for all citizens was 62 percent in the same election.

We aren’t engaging with our communities on less straightforward issues either. The U.S. has recently begun a series of airstrikes in Syria in order to combat the Islamic State (IS). Aside from a recent event organized by the Eagle Political Society, at which professors spoke about IS, there has been little activity by BC’s student body on this issue.

The argument is not about what position students should take regarding our involvement in Syria—rather, it is that students should have informed opinions about IS and should act on them. We should hold a protest if we are against U.S. involvement in Syria or do something to support the troops if we are for it. We should do these things because our government functions better when it knows the needs and concerns of its citizens, and it will be able to do this more effectively when citizens are active and engaged.

From several political science courses I have taken and my involvement with Generation Citizen, a club at BC that works to improve civic engagement by sending college students into local middle and high schools to teach civics, I have seen that many students and young people are not involved with their communities or with their government on a local level, either.

This is alarming because there are many issues about which students can be angry or active. DigBoston recently reported that the city of Boston tested sophisticated video surveillance software that recorded and then analyzed concertgoers at the Boston Calling music festivals in May and September 2013 based on their appearance and clothing, without alerting those who were being recorded.

This surveillance is especially relevant for students in the greater Boston area because many of us have attended Boston Calling and will be attending other concerts in the future. The Boston Globe reports that the city maintains that it may test similar video surveillance systems in the future without informing those being recorded. I want to attend concerts in the future, but I do not want to be recorded without knowing that I am being recorded. I suspect that many of my peers feel the same way, but I still do not see anyone doing anything about it.

This is just one issue, and of course we not only have to rally around privacy violations at music festivals, but also there is a seemingly endless supply of mind-blowing injustices, inefficiencies, and general unfairness within the BC bubble. Textbook prices are too high. The app that tracks the bus rarely works. There are not enough printers in the libraries. The B-Line is, well, the B-Line. There are myriad problems on the local level that college students could be addressing, which they are not.

After several conversations with my peers and from my experience teaching civics, I have found one overarching reason that students may not be getting involved in their communities or politics. Namely, they’re too frustrated with politics to bother—they see gridlock in Washington or bureaucracy in school administrations. They see very little being accomplished, so they do not think it’s worth their time. This attitude only makes things worse. If people do not vote or get involved, then they may not like the decisions that their elected officials make, and their frustrations then multiply, but since they never voted or made their stances known, their frustrations are no one’s fault but their own.

There are exceptions to this lack of involvement by young people —some college students are very active in their communities. At Colgate University, the Association of Critical Collegians is currently staging a sit-in of the school’s admissions building because of racial insensitivity on campus and the school’s lack of diversity.

At Columbia University, one student, Emma Sulkowicz, is carrying a 50-pound mattress everywhere she goes on campus as part of a performance art piece and as a protest against sexual assault on campus.

Mic.com recently reported that Sen. Elizabeth Warren (D-Mass.) said, “If you don’t have a seat at the table, you’re probably on the menu.” The work of Colgate’s Association of Critical Collegians and of Sulkowicz is so important because they are showing young adults how to get a seat at the table.

Scotland And The UK: The Great Divorce That Didn’t Happen
Not “All About That Bass”