Home » BC Fails To Finish On The Road In Loss to Syracuse
Sports, Fall

BC Fails To Finish On The Road In Loss to Syracuse

The Boston College women’s soccer team traveled to Syracuse to take on the Orange on Saturday night, with the ACC matchup ending in a 3-0 defeat for the Eagles.

The Eagles were able to keep the Syracuse women at bay for the majority of the game, maintaining the game at 0-0 for 73 minutes. With 16 minutes left to play, Alana O’Neill, a forward for Syracuse, took a pass from Maya Pitts and fired a shot from 18 yards out to find the back of the net.

Five minutes later, it was O’Neill again who headed the ball into the back of the goal off of a corner kick from teammate Jackie Firenze.

A 2-0 deficit with less than five minutes remaining seemed to drain all hope from BC, and then Syracuse scored a third time, solidifying the win over Eagles. Syracuse’s Stephanie Skilton found the Eagles’ net and scored a third goal in the 89th minute.

Although the scoreboard appeared to say otherwise, the Eagles played a fairly strong game. BC was able to get a total of 17 shots on goal, with Syracuse’s total at only 10. In the first half, the Eagles outshot the Orange 9-2, with senior captain forward Stephanie McCaffrey leading that number with three shots and sophomore forward Hayley Dowd following up with two.
McCaffrey had a game-high seven shots, and in the 58th minute of the match, she had BC’s best opportunity of the game after she received the ball on a pass from Dowd. A big save from Syracuse goalkeeper Courtney Brosnan kept the Eagles scoreless.
BC came out of the gates strong. A shot from Coco Woeltz was saved by the Syracuse keeper seven minutes in. Just two minutes later, Dowd had a great run and was fouled just outside the box, giving McCaffrey a free kick, which was blocked.

The Orange tried to counter in the 10th minute, but freshman defender Alyson Swaby was there to stop the cross, and BC keeper Darien Dunham was there to collect.

The BC offense, specifically McCaffrey and Dowd, kept up constant pressure on the Syracuse defense. Twenty-eight minutes in, McCaffrey had her first great opportunity and a shot on goal that was deflected wide for a BC corner. The Orange tried to respond to this chance with one of its own in the 31st minute, but Dunham was able to read the play, coming out of the box and clearing the ball to prevent the goal.

BC regained possession and was able to advance back into Orange territory, with Woeltz sailing a cross over to Dowd, who got the shot off her foot only to be saved once again by Brosnan.

The first half came to a draw after a free kick from Meg MacDonald soared over the top of the goal, leaving the scoreboard at 0-0. BC also opened the second half strong, with two shots from sophomore midfielder Rosie DeMartino, one of which was saved and the other that just missed wide after a shot off a BC corner.

Play continued with constant pressure from the Eagles until Syracuse’s first goal with just 16 minutes left to play in the match. 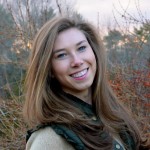 Keaton McAuliffe is the Layout Editor for The Heights. She once dressed up as a boy for her fifth grade ballet performance of The Nutcracker and there's a picture of it on the Internet somewhere. You can follower her on Twitter @_klm329.