Home » Life Lessons From ‘Boyhood’: Being Present In The Moment
Arts, Movies, Column

Life Lessons From ‘Boyhood’: Being Present In The Moment

‘Seizing the moment’ is growing remarkably difficult in a culture of multitasking.

I’m a 20-something member of Generation Y, and I am awful at wasting time on the Internet.

Sometimes it feels like I’m in some sort of club with all the other young technology users, and I missed the first general meeting. If I have 10 minutes before class starts, I’m usually not scrolling through my Twitter feed or surfing the web. Normally, I like to just stare ahead of me and think about life, but I prefer when the classroom is arranged in a circle—so I can stare at other people and wonder what they’re thinking. I’m sorry if that sounds strange, but I’m much more interested in the student stirring yogurt directly across from me than whatever is being hashtagged at the moment.

Recently, the University of Pennsylvania released a new course that will be offered for the spring semester: “Wasting Time on the Internet.” The premise of the course is to take everyday time-wasting activities—“clicking, SMSing, status-updating, and random surfing”—and use them as material to create “compelling and emotional works of literature.” Course requirements for students include staring at their screens for three hours, while only interacting through social media and chatrooms. “Distraction, multi-tasking, and aimless drifting” is mandatory for the course.

Yes, Ivy-League students will be able to fulfill English major credit by aimlessly wandering the Internet—something that’s usually considered a distraction from actual coursework. My initial response? Sign me up—not because I love to waste time on the Internet, but because I don’t know how. My idea of “wasting time” is compulsively checking my email and deleting old messages from my inbox—not exactly the basis for a creative piece of literature. I pretend that I know how to multi-task, but to be honest, even painting my nails while watching last week’s Project Runway gives me anxiety. What if I miss something important while fixing the smudged polish on my pinky nail? Multitasking is something we all have to do, but I’d much rather focus my attention on one thing at a time.

This week, I made one of my worst attempts at multi-tasking: watching Boyhood while doing thesis research at the same time. This was my second time seeing the film, so I didn’t feel quite as guilty—and how else would I justify watching a three-hour movie on a Tuesday night, when there was so much that needed to be done? My friends and I were huddled in an Ignacio common room, drinking milkshakes while watching one of the best films that I’ve seen in recent memory. I tried to leave my laptop closed at first, but some people around me had the same idea to do homework—and I soon joined them. The UPenn course description claims, “we spend our lives in front of screens,” and in that moment, this statement had never felt so accurate. Trying to watch the television screen was impossible when the glow of my laptop screen was more powerful, urging me to get more sources and bookmark more pages. Maybe I was making some progress on my thesis, but the whole time I felt rude and selfish for not giving Mason and his family my full attention. I knew Mason was trying to tell me something, but I was too busy to listen.

It wasn’t until Mason graduated high school that we had finally closed our laptops, ready to accompany him on the next stage in his life: college. We listened to his mother cry when he was leaving, describing it as the worst moment of her life. We watched Mason move into his dorm—taking “packing light” to a new level when he only carried in a duffle bag, a suitcase, and a single box. We watched as he had a philosophical conversation with a girl he just met. “You know how everyone’s always saying, ‘seize the moment’?” she asked. “I don’t know, I’m kind of thinking it’s the other way around, you know, like the moment seizes us.” After the exchange, they both fall silent, with slight smiles on their faces. We couldn’t help but smile, too.

In that instant—surrounded by friends, watching the scene unfold with no glowing screens to distract us—I felt as though the moment had seized us. I wasn’t trying to multitask, or make better use of my time. In effect, I wasn’t trying to seize the moment for myself. The characters of Boyhood may not be a real-life family, but they have lessons to teach me that I won’t get from clicks and searches on the Internet. Those UPenn students can try to make literature out of multi-tasking and browsing social media, but I will always be more inclined to tell stories from experiences—from moments such as Tuesday night, when I allowed myself to be seized in the best way possible.

We live our lives in front of screens, but sometimes it’s best not to hide behind them. Just absorb the experience of being present. And don’t just live in the moment—listen to what the moment is telling you. 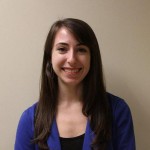 "Michelle Tomassi is a senior at Boston College and a former editor for The Heights. She can often be found people-watching in the Chocolate Bar, so stop by and visit her (and maybe even share a big cookie)."