Home » BC Takes The Lead In NIH-Funded Program
Opinions, Editorials

BC Takes The Lead In NIH-Funded Program

Boston College will serve as the administrative headquarters for the implementation of a four-year, $19 million grant from the National Institutes of Health (NIH) to create a network to train and support underrepresented minorities in biomedical research careers. The program—the National Research Mentoring Network (NRMN)—will bring together mentors and mentees to make important investments in individuals who will shape biomedical research. Receiving this designation is an impressive distinction, for which BC is deserving of commendation.

A 2011 study commissioned by the NIH found concerning disparities between the percentage of whites and minorities who received funding from the organization. According to the report, which examined Ph.D.-level applicants between 2000 and 2006, Asian scientists were 5 percent less likely and black scientists were 13 percent less likely to receive grants than their white counterparts. Research suggested that the disparity was largely due to implicit bias in the peer-reviewed application process—namely that minorities were often underrepresented on the peer-review panels.

The BC team overseeing the NRMN, led by biology professor David Burgess, will coordinate the national initiative and will provide fiscal oversight for the program. Four other universities across the country will serve as regional hubs, and each will contribute a different component to the program. The program is currently partnered with over 100 other organizations, including a number of scientific societies, Hispanic-serving institutions, and historically black colleges and universities.

Encouraging talented individuals who may have been previously discouraged from applying for NIH grants to contribute to biomedical research is a noble pursuit, and it is noteworthy that Burgess and BC were selected to lead this initiative. 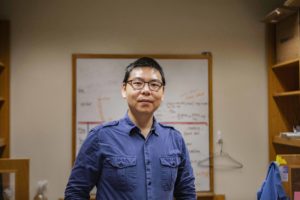 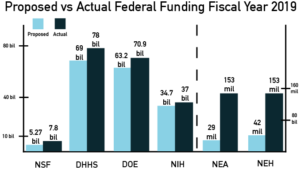