Home » A Eulogy For The CTRC 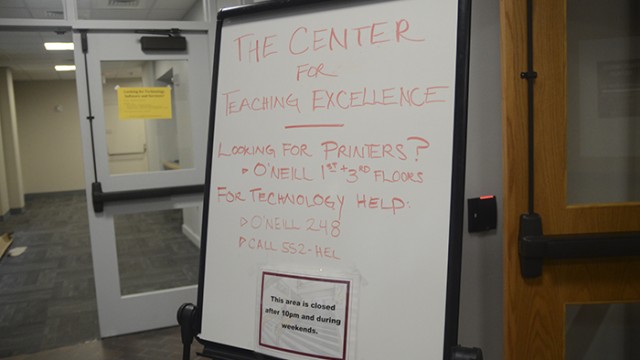 A Eulogy For The CTRC

She was right. The new grass—the eighth or 10th sodding of 2014—was doing a poor job of hiding the seams between each strip. Like many things at Boston College, the grass is always changing in incremental ways, usually for worse. I looked at the pizza I could no longer trust.

“The food’s getting worse, too.”

The voice flags me down, and I shuffle to their table. I had walked as far away from the donation module as BC’s new Grass De-walkification Policy allowed, but the Quad’s concrete path is narrow.

Two fellow TH1515BCs are asking for a donation to the senior gift. I had done so well avoiding them all senior year, but there are so few legal places to walk these days. I fill out an absurdly lengthy donation form, which, according to the girl, will get me into the habit of donating early. If I practice filling out donation forms now, she reasons, I can do it in my sleep when I’m 40!

“Here, have a TH1515BC insignia.” I accept the sticker. My contribution of $10 is greatly appreciated. The guy explains that donating 1/6000 of tuition is hardly a “drop in the bucket,” but will instead pay for accoutrements to keep BC a “top, top university.” The two inform me that the idea to purchase 1000 square feet of Ol’ Kentucky Blue Sod for the Stokes lawn had just been nicked by the 14/4EVR senior gift. The TH1515BCs were open to suggestions, the most popular ideas being a down payment on a University helicopter, something called “the million dollar escalator,” and a particularly expensive dog. I say “the escalator sounds fun” and leave.

2017: “Look at TransLoc. Look how close together these two buses are. It’s like that every day.”

“Oh no, that’s the new Eagle’s Beak. It’s a super bus.” Thirty-two minutes would elapse before the Eagle’s Beak slowly lurched around the College Road bend. Per the official release—“With the wind at its back, the Eagle’s Beak reaches peak velocity at 19 knots!”—Eagle’s Beak is the largest student public transit vehicle in the region, even enjoying 7 percent more capacity than the famous Double Deckers Harvard just bought from England (for the color, presumably).

The Eagle’s Beak is indeed quite spacious. Crudely welding the front of one bus to the back of another doubles the space while cutting operating costs. Many students complain, though, that the Eagle’s Beak suffers from horrendous overcrowding. Others complain that the noise of two busloads of drunk kids singing dueling renditions of “Sweet Caroline” is thoroughly unpleasant. But BC loves the Beak, planning to cut costs further and lower congestion during key hours by welding one of the other buses onto the Beak. Despite objections, BC believes its Bus Centipede, or “The BC,” is keeping with University Values.

2019: “Have your Student ID ready. Keep your arms up for the spraypaint.”
“I should probably just get the yellow shirt/salmon shorts paint, right?” Freshmen are confused. For many, this is their first experience with the Gold Pass, along with the SuperFan SuperSuit, a sterilized full-body white spandex jumpsuit onto which students could have any BC-related designs painted at the many paint stations where the concession stands used to be.

Alumni Stadium was a frontrunner in the race for Cleanest Stadium in the ACC, and BC wasn’t taking any chances. “Now everyone can ‘Protect This House!’” the slogan went. Many old enough to remember the halftime hot dog toss resented these changes, but most students agreed that those old rituals were barbaric and out of touch with University Values.

“Hurry, we’re gonna miss the national anthem!” No one missed the national anthem ever since BC started flying the singer in on its new helicopter. Although it had caused a few problems—namely the Turf Pellet Disaster of 2018, which forced BC into becoming the first ACC school to play on Ol’ Kentucky Blue Sod—the helicopter was a welcome addition. It was, however, currently nameless, in light of backlash over “Eaglechopper,” a name which for many evoked the image of a ghoulish avian guillotine. A committee was working on it.

Boy was he impressed with the analogy he’d just made. His friend across the table wasn’t listening, but whatever. He saw smokestacks coming out of Stokes. The Fulton Factory Floor and its foremen and foremen-in-training. Cramped factory boardinghouse dormitories. Administrators and authorities like strike-breakers, more impatient and restrictive every year.

“They don’t care about us. They treat us worse and worse every year.”

“I miss the CTRC,” his friend said. Then they both ate lunch. 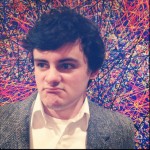 Nate Fisher has been a staff Opinions columnist for The Heights since January 2014. He is a member of the Class of 2015 in the College of Arts & Sciences studying film, philosophy, and history. You can reach out to him on Twitter @fishingwithnate, or just subtweet him. Your call.