Home » Founder Of ‘I Am That Girl’ Reflects On Empowerment During Love Your Body Week
News, On Campus, Featured Story

Alexis Jones was the girl with a seemingly perfect life. Working as a model while attending the University of Southern California, her academic and career trajectory was proving to be quite successful. She was supposed to be happy. But, as she told students Tuesday night, she wasn’t—they were some of the most insecure and unhappy years of her life.

Jones is the founder of I Am That Girl—a non-profit whose goal is to promote wellness and self-love for girls across the world—and spoke to students as a part of Love Your Body Week, co-sponsored by UGBC, I Am That Girl (IATG) at BC, and Women in Business (WIB).

Early in the talk, Jones discussed invisible social labels that people typically ascribe each other, whether it is done consciously or not.

“Our insecurities fundamentally tether us to our humanity, and to one another, because there is not a soul in this world who’s above it, who’s above feeling insecure about something,” she said, also noting that the various, often media-driven labels people adopt can cause us to overcompensate. “We consume, on average, 10 hours of media a day,” Jones said. “Are we surprised that we don’t feel good about ourselves?”

Jones then referenced the presence and role of Photoshop in both commercial and personal contexts, stating that social media is a “Photoshopping” of our own lives—a highlight reel of our best moments, heavily influenced by a subconscious checklist to be rich, beautiful, and famous.

“If we don’t proactively take the time to sit down and write our definition of success, and of beauty, and of wealth, then we will adopt that of the world,” Jones said. She related this sentiment to her own life, where she said she had in many ways achieved the conventional standards of success set by the modern culture, and yet, was not happy. At this self-described low point in her life, Jones recounted turning to her mother for advice, who told her that life comes down to “consumption versus contribution,” and that having joy requires living an other-centered life.

Soon after what Jones discussed as a re-centering of her life, she acted in the play The Vagina Monologues, which led her toward an increased interest in women’s issues and the eventual creation of IATG. After later starring in a season of the television show Survivor, where she generated publicity for IATG, her organization soon grew significantly.

“The only thing in your life that you should be pursuing is your passion, and I mean at all costs,” she said. “It’s not because life is so short, it’s because life is so long … if you are doing something that does not like you from the inside out, why are you doing that?”

Jones went on to say that people already possess the traits admired in others, advising students to coexist with the fear inside of them. “This isn’t a women’s movement anymore, this is a human movement,” she said.

She argued the need for both men and women to join together to change societal attitudes toward empowerment and ending gender-based violence, citing issues such as sexual assault on campus, violence against women, and the refusal to educate women in some foreign countries as issues that demand improvement.

“There will be one of you in this room who will never again be the same, and I preach for the one,” she said. “Because one of you will choose, will make a choice, to view yourself, and to view your world differently.”

Jones’ discussion was the fourth of eight events held during this year’s Love Your Body Week at Boston College. 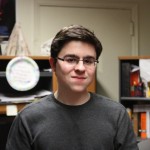