Home » Games That Are Worth The Money
Opinions, Column

Games That Are Worth The Money

This whole column could be summed up in one of those Mastercard commericals: “Three tickets to the Celtics vs. Cavaliers game: $300. A T ride from Boston College to North Station: $2.10. Going with your friends to see LeBron James play against your favorite team in person: Priceless.” The trouble is, this column is supposed to be at least 825 words long, so hang tight, readers.

In all seriousness, $102.10 for a seat in the nosebleeds of TD Garden to watch two .500 teams seems excessive, especially for a guy who’s cheap enough to have his only daily footwear option be a pair of $45 sneakers that he bought over a year ago. People always complain about how American culture cares too much about sports and overvalues athletes—I’m certainly not hurting their case. That $102.10 could have been spent on books, food, a gift for a friend or family member, or even a donation to charity, but I blew it on the opportunity to watch a bunch of guys play a game for a couple hours. Why?

There are a number of reasons. As a devoted Celtics fan and a fan of basketball in general, I figured it was high time to see an NBA game (this was my first). Since there are so many aspects of other sports that need to be seen live to be appreciated—a line drive off the bat of a big-time slugger, a board-rattling hit in hockey, or the speed of any game in general—as a true sports fan, I decided that I want to experience the NBA outside of TV and ESPN.com articles. I want to see what I can’t appreciate on TV: Rajon Rondo’s court vision and freak athleticism, Kevin Love’s heat-seeking missiles that others call “outlet passes,” Kelly Olynyk’s hair, and most of all, LeBron James for simply being LeBron James.

Like any obsessive basketball fan, I read about bygone NBA eras, go on YouTube to watch old highlights, and ask people from older generations about the legends they saw play. There’s nothing like hearing fans in their 40s or 50s talk about watching Larry Bird, Magic Johnson, or Michael Jordan—those guys were a step above their peers, players that had to be seen in person to be appreciated and could never be replicated. Anyone who saw them play understood their significance.

As much as I lament the fact that I never had the opportunity to watch Larry Legend—how often is the league’s best player on your favorite team?—I’ve begun to appreciate the era of sports that I can experience. Someday, my kids are going to ask me if I ever saw James play, and I will be able to tell them that I did. He’s not special just because of the fact that he is the best, but also because of the specific way in which he dominates. Physically, he simply can run faster and jump higher than most players while commanding the floor with an intimidating level of skill, and mentally, he understands the game better than perhaps anyone. He moves about the floor easily, clearly seeing and feeling the flow of the game better than the other nine men on the floor—every single one of his 41 points that night was scored with that effortless dominance. Like watching a piano virtuoso composing his next piece, seeing the best in the world at work is a mesmerizing experience—it is easy to understand what he does, but impossible to understand how he can do it so well.

Yes, I paid a lot for those tickets, and no, they were not good seats. But when one of the greatest players of all time comes to your city in his prime, it’s hard to pass up the chance to see him in person. In this age of modern sportswriting when every part of every star’s life is reported and analyzed, James has become one of the most famous and most polarizing people on the planet. He’s achieved an almost mythological status to some people, existing more as a storybook character than an actual person.

I remember one of my first Red Sox games, when I got to see David Ortiz in person for the first time. Seeing this man who only appears to me on TV was hard to believe—it was like watching the Easter Bunny putting his eggs in your yard. Seeing this famous giant just wandering around like a normal guy was breathtaking, even if he didn’t do much during the actual game.

For LeBron, it was even more so. His athleticism and skill made him captivating to watch, even when you factor out his fame. It’s fascinating to hear Yo-Yo Ma’s music, but to fully appreciate his greatness, one needs to see how his hands move with such grace and dexterity. Any great athlete is no different. I enjoyed every second of the game, except for when the Celtics lost at the buzzer because Rajon Rondo forgot to shoot. Heartbreaking as it was, those tickets were worth every penny, and only partly because of Kelly Olynyk’s hair. 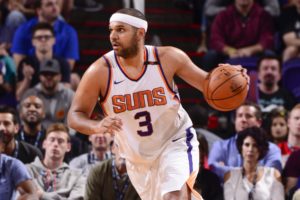