On Monday, the University announced that Michael J. Lochhead, BC ’93 and CGSOM ’99, will succeed Patrick J. Keating as executive vice president (EVP).

The current Vice President for Administration and Finance and Treasurer of the College of the Holy Cross, Lochhead’s succession as EVP follows Keating’s decision to retire from the University after serving as EVP since 2001.

Lochhead graduated from Boston College with a degree in accounting, and he subsequently obtained an MBA from the Carroll School of Management in 1999. Within his new role, Lochhead will oversee the University’s strategic and planning efforts, according to the Office of News and Public Affairs (ONPA).

Lochhead brings a diverse resume of experience in finance and higher education. He began his career in higher education at BC as a senior financial analyst in the controller’s office in 1995, and then he worked at Holy Cross for 10 years as the chief financial officer and treasurer. According to ONPA’s online press release, Lochhead worked with the university to develop strategic financial initiatives as a manager for the Higher Education Consulting Practice at Arthur Andersen LLP, a Chicago-based accounting firm.

“I am delighted that Mike Lochhead will be our new executive vice president,” said University President William P. Leahy, S.J., in the press release. “He has broad experience in finance and administration, knows Boston College and Jesuit higher education well, and is passionate about our mission.”

Provost and Dean of Faculties David Quigley echoed Leahy’s praise of Lochhead in the press release, calling him a natural leader and someone who is committed “to strengthening Boston College.”

The EVP is responsible for working with the President and the Board of Trustees to oversee the University’s strategic and campus planning efforts.
Lochhead, a father of four daughters and whose wife Christina graduated from BC as well, told ONPA that he is honored to return to BC. “Boston College has had a profound impact on my intellectual, spiritual, and professional development,” he said in the press release. “I have always envisioned returning to BC in a leadership capacity and have geared my professional development over the years to best prepare me for this opportunity.”
Lochhead will begin his term as EVP on Feb. 9.

lochhead EVP
LTE: An Open Letter To The Student Body From The UGBC Executive Council
How To Feel Like You Exist In A City 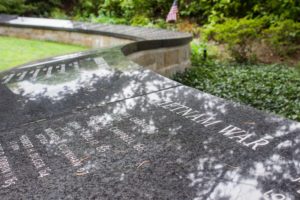