In today’s tech-savvy world, people may seem more interested in the virtual social interactions occurring through text conversations or  social media. Plethoric Rhetoric, a new organization coming to Boston College during the spring semester, will aim to create a personal and constructive environment where students will have the opportunity to practice their public speaking skills and receive peer input into how to best improve.

“Seventy-five percent of people suffer from anxiety caused by public speeches,” according to a National Institute of Mental Health study that came out in December of 2013. As such, club founder Jeffrey Donofria, CSOM ’18, saw an opportunity to enter this realm and provide a platform for students who have not had much experience with presentations to develop the skills in a receptive, no-judgment environment.
“I got the idea while in high school, when one of my teachers told me and my classmates that statistic,” Donofria said. “It just got me thinking.

“I saw a need for it. These are some of the most useful skills a person can have, they can really make the difference in the present as well as in the future.” The organization hopes to develop into a practice ground for those with ongoing projects for classes, internships, and clubs, among others. During meetings, those with something they wish to present would present in front of the members and receive feedback on various elements of the presentation, ranging from posture and tone to body language and eye contact, with everything else in between.

Plethoric Rhetoric would place strong emphasis on the needs of the members and on the community it will build, as, according to Donofria, “There would not be an established hierarchy … Just an organizer and the members … I really want to stress the needs of the students and provide us with the tools to hopefully make an impact.

“We would lead discussions, encouraging members to contribute in any way the wish or deem appropriate,” Donofria said. “There would be no ‘teaching,’ as all of us are still developing our own skill sets, “it would depend on constructive discourse, which, in itself, is a way to get more comfortable with speaking in front of others.”

The goal of the organization? To help those who need more exposure to the practice obtain those much-needed practice hours that otherwise would be hard to come by, as they often come in the form of the presentation itself.

During the gatherings, the members would look at examples from great orators, searching for specific nuances in their presentations. Then, by engaging in healthy discussion about the most important or significant portion of the orator’s presentation, each individual woul begin to forge his or her own identity and style as a speaker, which becomes as unique as each person’s handwriting.

A great speaker often becomes a leader in some capacity, as possessing the skills necessary to communicate effectively and convey ideas are a premium in today’s world. Just as in Virgil’s Aeneid, wherein Aeneas rallies his companions with eloquent rhetoric, inspiring them to drive further into their foretold destination, leaders today use rhetoric to inspire others in the search for progress.

The organization hopes, in the near rather than distant future, to develop a rapport with faculty, where instructors could inform students about the organization so that they could hone their presentations by practicing them in front of other members of the club. In that environment, Donofria believes that “everyone will improve, including [him].

“Being a member of the organization becomes doubly productive, as the structure of the club is similar to public speaking itself, as members are encouraged to actively participate in the discussions. By participating, members are immediately improving their skills and raising their confidence,” Donofria said.

Plethoric Rhetoric differentiates itself from other organizations on campus as it emphasizes the hands-on experience of members by urging them to present their on-going projects. Nevertheless, as the club itself centers on the members, according to Donofria, “it would serve as a tool for self-improvement, adapting to whatever the current needs would be.”
The club is interested in welcoming new members for the new semester, and those interested should contact Jeffrey Donofria @bc.edu. 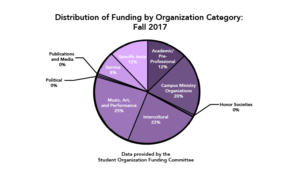