Home » Questioning The ‘No More Than Four’ Rule 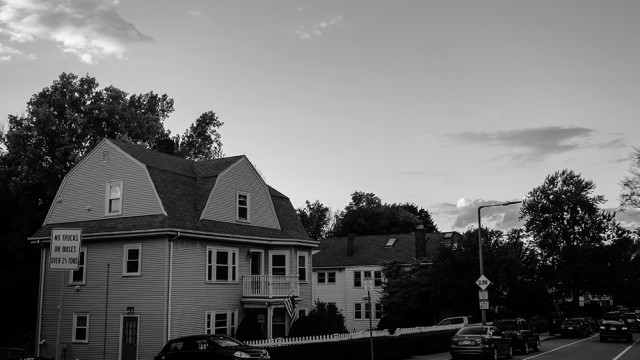 Questioning The ‘No More Than Four’ Rule

As the city moves to inspect 580 potentially overcrowded student units off-campus, Boston’s “No More Than Four” policy deserves intense scrutiny. As highlighted in a Boston Globe Spotlight report, municipal agencies have proven insufficient at enforcing the zoning ordinance, which bars more than four undergraduates from living in a single apartment or house. The ordinance was originally aimed at controlling rent prices for non-students—protecting long-term Boston residents from being priced out of housing by students with potentially larger budgets and a willingness to live in tight conditions.

This policy has been purported to protect students from dangerous living conditions, but in practice, often grants landlords the leverage to neglect student tenants. Fearful of eviction, students in violation of the ordinance are unlikely to report unsafe conditions under the current system. This was evidenced by two recent fires in spaces inhabited by Boston University students, the buildings allegedly in violation of the city’s fire code.

In reality, many of the off-campus housing units in the city’s Brighton neighborhood—the closest to Boston College—are designed to house more than four occupants. A Globe study found that 80 percent of students surveyed in this area said they had more than four undergraduates in their apartments. Properly maintained by landlords, these traditional family-style arrangements should not be a threat to occupants. Interestingly, the city ordinance only applies to undergraduates, with graduate students, fraternities, sororities, and all other non-student occupants exempted from the restriction. An arbitrary rule, selectively applied to a small population, the “No More Than Four” policy makes little sense for BC students, and in many cases, has diminished the rights to safe housing they should be afforded.

Mayor Martin J. Walsh’s, WCAS ’09, renewed focus on students housing is commendable. The city’s approval of a new dorm on the former site of St. Thomas More Hall and allowance for the conversion of 2000 Commonwealth Ave. into student housing also should alleviate local housing units, improving conditions for students. However, a A strict enforcement of the “No More Than Four” policy, however, makes little sense in the BC area. As the city moves forward with these inspections, it is imperative that the focus be on unsafe conditions rather than the supposed “overcrowding” of off-campus properties. Should students be evicted in the inspection process—the possibility of such action left ambiguous by Boston officials—it will further discourage undergraduate tenants from reporting on no-show landlords and requesting necessary housing repairs.

Ultimately, zoning officials need to reconsider the “No More Than Four” rule, recognizing the 2008 laws failure to improve student housing conditions and the city’s inability to enforce it. Zoning ordinances that reflect the reality of the neighborhoods students are living in—and do not arbitrarily target undergraduate students—are necessary in improving the conditions of off-campus houses. Recognizing the general housing shortage in Boston, city schools understandably have not enforced the current ordinance, and in the process, have been hands off with the state of off-campus units.

If the city is serious about student safety—as it currently claims to be—it will recognize the necessity for universities to empower students, educating them on their rights as tenants and helping them legally press landlords to better maintain the off-campus community. This is not currently possible for most schools, with a poorly devised ordinance forcing them to look the other way when it comes to the state of student living in Boston.

A more reasonable ordinance would take into account the size of the housing units and respective accommodations when setting a cap on undergraduate tenants. Overcrowding can certainly be an issue with students living in a unit, but the first step in enforcing safe living conditions is setting attainable standards for landlords and tenants to follow and universities to encourage. Such reform will empower students to stand up to landlords, and also provide that permanent residents are not getting priced out of their homes simply because landowners are willing to exploit the willingness of students to live in cramped quarters. Walsh is taking a good step, but, ultimately, it isn’t enough.

Until the system of accountability is restored between landlords and students tenants by revising the 2008 ordinance, the dangerous condition of off-campus housing will persist. 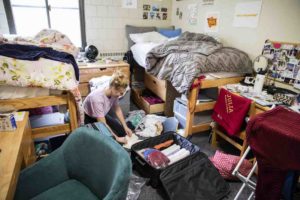 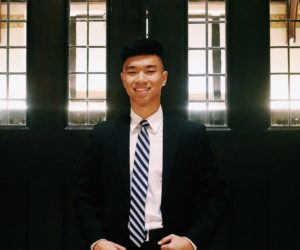