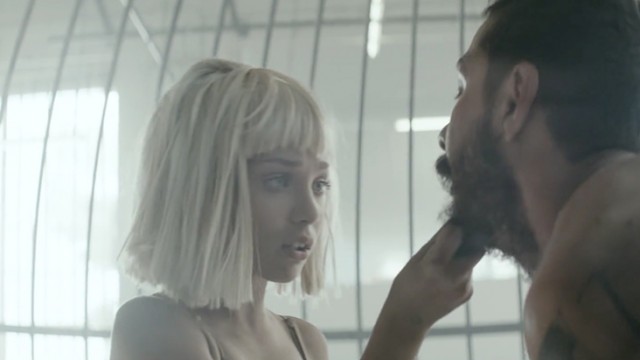 Sia’s “Elastic Heart” has everyone buzzing in a way that few music videos can manage. It features Shia LaBeouf and Maddie Ziegler, the acrobatic 12-year-old gymnast from Sia’s last hit video “Chandelier.”

The video places both actors inside a cage and through interpretive dancing and acrobatic movements, the video depicts an intense fight sequence between the two characters. Their battle speeds up and slows down in intervals that keep the viewer glued to the screen. Their outfits are skin-colored and understated in an effort to emulate the most basic human condition possible.

The video could have several interpretations, but it is clear that the two characters represent the artist’s internal struggle—two conflicting parts eternally at war with one another. Near the end, the child (Ziegler) is able to walk out of the cage. The adult (LaBoeuf) then realizes that he is trapped and that he is alone. While she can walk in and out as she pleases, he can never get out. It’s a statement on the free, creative, expressive bliss that is youth and the painful, constraining desperation that comes with adulthood.

Now, of course, we live in an era where it is extremely difficult to make a creative statement that falls a little bit outside the norm without receiving a shower of negative criticism. This video has been misinterpreted and accused of having tones of pedophilia—to which Sia responded that she was simply creating “emotional content” and that the two characters were the warring “Sia states,” and that there are no romantic undertones between them. Unfortunately, many people fail to see this for the artwork that it is and try find something to grumble about just for the sake of complaining. At its best, the video is groundbreaking and beautiful. At worst, it’s still a little different from the hyper-sexualized, cliche, vulgar industry standard. And for that, we should be thankful.

music video Shia LaBeouf SIA
Charli XCX Boom, Claps Her Way Up The Charts
The Inertia Of A Break