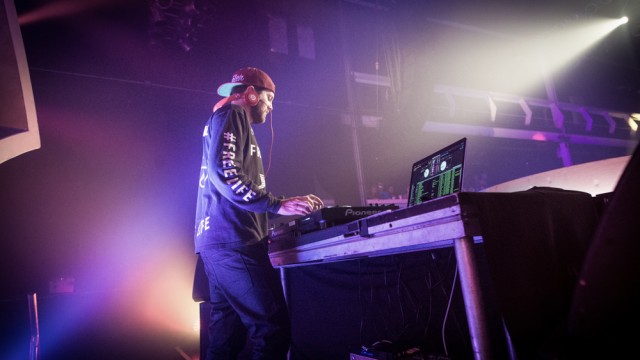 Los Angeles producer Dillon Francis will headline Boston College’s Plexapalooza concert on Jan. 31, according to the Campus Activities Board (CAB). The annual concert—staged in the Flynn Recreation Complex—is set to start at 9:45 p.m, with doors open at 8:30 p.m. Tickets will go on sale at Robsham Theater on Jan. 21 for $25, with two tickets allotted per BC ID.

Last year’s Plexapalooza featured DJ Enferno, a Washington D.C. native, and previously, the Bingo Players and Super Mash Bros. performed at the annual show. This will be the first time CAB hosts the event, having taken over concert planning responsibilities from the Undergraduate Government of Boston College (UGBC) in the fall.

Francis is known best for “Get Low,” which he recorded in collaboration with DJ Snake in 2014. Originally from Los Angeles, Calif., the producer made his way to the national stage after getting the attention of American dance artist Diplo, whom he later collaborated with on the track “Que Que.” In 2010, Francis released his first EP Swashbuckler with Play Me Records. He has since remixed songs by Chromeo, Daft Punk, and Justin Timberlake and Jay-Z, among others. The 27-year-old deejay released his debut full-length album Money Sucks, Friends Rule, in October 2014 with Mad Decent in conjunction with Columbia Records.

“Last year we had an unknown artist and that really hurt us, but this year we brought a world-class DJ who is capable of putting on an amazing show,” George Fabrikarakis, assistant director of concerts and A&S ’15, said in an email. “We’ve worked really hard to blow last year’s show out of the water.”