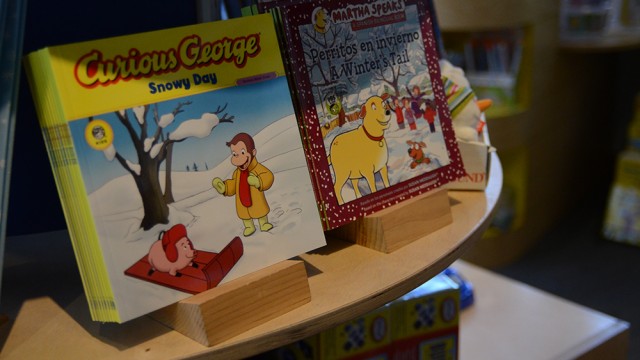 In the heart of Harvard Square stands a storefront packed with 40 years of the city history. The story behind One John F. Kennedy Street has little to do with the nation’s oldest university, which is just a few steps away, but instead focuses on an inquisitive primate.

The World’s Only Curious George Store, loudly accented with its red and yellow facade, began to established a presence in Cambridge since the creators of the character, Margaret and H. A. Rey, moved to the area in 1963. Now one of the city’s most visited shops, the destination store has earned its place as a local favorite.

“We are The World’s Only Curious George Store, which is exciting for us,” said Adam Hirsch, the store’s owner. Almost a real-life “Man with the Yellow Hat,” Hirsch and his wife Jamie adopted a passion for the curious character when they took over the store in 2012.

Although Adam’s professional background lies in 20 years of sales and marketing, he and Jamie did not intend on opening up a store dedicated to the world’s most meddlesome monkey when they began looking for a small business venture in 2009. While living in the Boston area, and Jamie working in the Boston public school system, the couple weighed options close to home and settled on this special opportunity.

“My wife and I decided we wanted to run our own business, but just had to find one that fit the profile we were looking for,” Hirsch said. “Once we saw that there was an opportunity with the Curious George Store—and of course after looking over the assets—we couldn’t say no to its potential.”

When Adam and Jamie Hirsch came across the store in 2010 they immediately grew attached to George and Harvard Square.

The roots of Curious George in Harvard Square extend much farther than Hirsch’s store, however, as the neighborhood was the home of Margret and H. A. Rey for about 25 years. “Their story in itself is quite amazing, and that is just another reason we fell in love with this opportunity,” Hirsch said.

After escaping World War II, the two German immigrants moved from place to place with little but an illustrated manuscript of the first Curious George story. After traveling from Paris to New York and having their mischievous monkey picked up by Houghton Mifflin publishing, the couple settled in Cambridge and wrote seven stories in total.

“Why here?” Hirsch said. “Well, you could say that Curious George essentially grew up in Harvard Square, with his creators.”

Although the Rey’s had no direct affiliation with The World’s Only Curious George Store, Margret was involved in its humble beginnings. WordsWorth Books was opened in 1975 by neighbors and friends of the Reys. After her husband’s death, Margret helped WordsWorth open a nearby children’s annex bookstore which they called “Curious George Goes to WordsWorth.” Despite the independent bookstore closing in 2004 after almost 30 years of business, the store’s affiliated children’s book branch operated from 1995 until about 2011, when it fell into the hands of Jamie and Adam Hirsch.

Now with a determination to “stay curious”, the Hirsch’s have worked tirelessly to both promote and increase the energy that the Reys’ stories originally brought to Harvard Square.

Now, in addition to the books that made the curious primate so famous, the Curious George Store sells toys, apparel, home decor, and what Hirsch calls “exclusive gift ideas,” which are custom pieces of merchandise made especially for the store and their website.

“Part of making it a unique destination store is really having it stand out with these custom products, that are special for only our store,” says Hirsch.

Similar to other popular characters, Curious George is a licensed brand and is owned by the Houghton Mifflin Harcourt Publishing Company, which is based in Boston, and NBC Universal. To accomplish the goals for their store, Adam and Jamie have cultivated a close relationship with Curious George as a brand, and constantly continue to work on improvements to their line of products.

“Since opening, we have run a lot of events with the community which have been very well received,” Hirsch said. “People just really seem to love Curious George.”

Such events include weekly story times for fans of any age, many of which are graced by the presence of the curious character himself.

“Its just really fun, you know?” Hirsch said. “People walk in with a huge smile on their face which really explains what we are all about. The store is a special experience and we know that people, whether they are from Harvard Square or New York or anywhere, love it.” 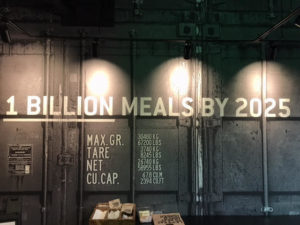 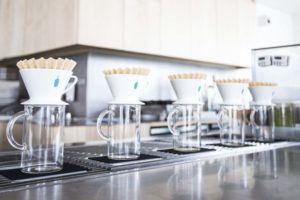