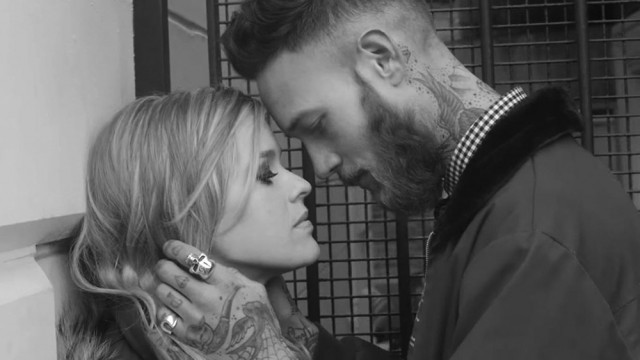 Rixton, an all-male pop group from Manchester, has been quickly developing in popularity, with well-known tracks including “Me and My Broken Heart.” The band recently used its single “Hotel Ceiling” to create a powerful music video that has already solicited a dramatic audience response. “Hotel Ceiling” in itself is an intense song, and one that tells the story of a lost lover in a sad yet ambiguous way. Rixton’s music video gives an intimate storyline to the lyrics with its latest video, and its plot has shocked many.

The video introduces viewers to a woman, initially calm, but soon she becomes very distraught. Receiving a sudden phone call, it appears that the woman’s lover has disappeared. It is broadcasted on the news so that she cannot escape from the sadness, and memories of the relationship instantly flood her mind.

Much of the rest of the video details pleasant moments shared with the woman and her former flame. Though the scenes are beautiful, they are interrupted by moments of concern. The newscasters say they have a suspect in custody for the man’s disappearance, and the woman is shown to be drinking herself away in sadness, clearly undergoing a mental breakdown.

As more of the woman’s memories are relived, warning signs of her decline become apparent. When she was still with the man, she grew to express significant anger and even ventured toward violence. Shifting quickly between past memories and her turmoil with the loss of her lover, the video depicts impending disaster.

In a subtly creepy ending, the woman finds herself at the end of a vastly emotional episode next to the man’s lifeless body. The police have surrounded the woman’s room, and she seems to settle into her calm satisfaction. Just as soon as viewers realize what transpired in the video, the song abruptly cuts off and the video ends.

Because of the grim twist in this music video, Rixton separates itself from various other pop groups and their typical love-story videos. “Hotel Ceiling” certainly does not specify such a violent take on loss, but taking this less direct approach in the music video was novel and worthwhile.

music video
Meaghan Trainor’s ‘Lips Are Movin’, Ne-Yo, And More Singles This Week
The Sultans Of Smash: The Combat Series That Keeps Kicking