Home » Takei’s Speech Is A Step Forward For University 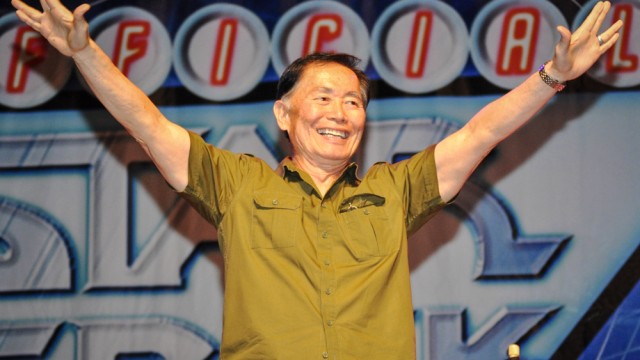 Takei’s Speech Is A Step Forward For University

The joint work between the Asian Caucus Cabinet, GLBTQ leadership, FACES, and Allies in bringing activist George Takei to campus is commendable, particularly for the unique perspective he brought to Boston College. Of Star Trek fame, Takei spoke to a full audience in Robsham Theater last Friday, addressing his personal experience in the Japanese internment camps and on coming out as a gay man long after his acting career had begun. While Takei’s activist work does not fully coincide with Catholic teaching, offering him a forum on campus ultimately strengthened BC’s work as a Jesuit institution, adding a new voice to the four-year conversation students are invited to engage in at orientation.

The event was and remains a model work of collaboration between different—yet in this case aligned student groups—those working towards greater autonomy for Asian Americans and the LGBT community on campus. There is obvious strength in alliances between student coalitions, in this case pooling resources to bring an important national figure to BC.

A speaker does not have to align perfectly with Catholic ideology to enhance a Jesuit education, with commencement speakers often diverging from the Church on major issues. The politics of past speakers Enda Kenny and John Kerry, for example, have been questioned by the Catholic community, but providing a welcoming environment for ideas is necessary for BC to fairly represent the diverse pool of students it admits. Issues of race, sexuality, and identity are supremely relevant on a college campus. The University’s willingness to engage students with those issues this semester—whether through Takei’s lecture or its “Race in the U.S.A.”—is a mark of positive institutional growth.