Home » A Tale Of Terror In Two Cities: Life Amid Crisis In Boston And Paris 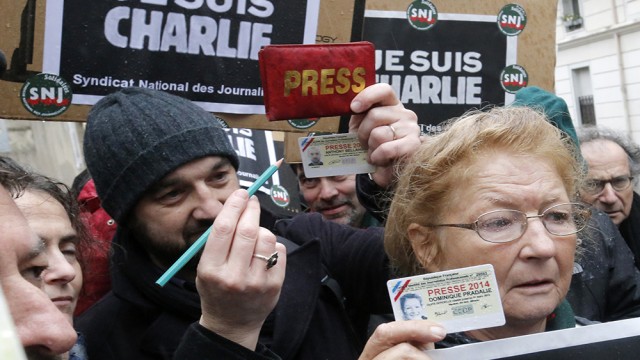 A Tale Of Terror In Two Cities: Life Amid Crisis In Boston And Paris

It was Tuesday, Jan. 6. I woke up bright-eyed and eager to savor the third day of my five-month adventure in Paris, France. Quicker than my host mother could bid me a bonne journee, I was out the door and onto the streets of my new home.

I spent hours that day exploring new neighborhoods, encountering a number of Parisians in the process. It was not until late afternoon that I was informed of the news. When I arrived to French class, my classmate explained that there had been a massacre at the Parisian satirical newspaper Charlie Hebdo, the attack killing 12 and injuring 11 with the suspects yet to be found.

Our teacher remained composed, sweeping the day’s terror under the rug of French conjugations, but I still felt anxious: What the hell are we doing in class? Are those black figures across the courtyard the masked killers? Is that a creaking door, or the sound of an AK-47?

On my walk home from the Metro that evening, I was bothered by the bustle of the city, how it carried on relatively unchanged. At dinner, the cool attitude of my host family confirmed that Paris would not skip a beat. They told me to continue living as I had in days past, but to always follow my intuition, Suivez votre intuition. I took their advice to heart and continued my discovery of Paris, suspending my afternoon fears.

Meanwhile, I followed the progression of the search for the killers in Le Monde and The New York Times. Despite the panic-inducing headlines and images that were published, I ensured my family and friends that Paris was operating smoothly, and while the events were tragic, Parisians marched on.

To say that the reaction of Parisians was calm is not to say that there was no reaction at all. I remember the bagpipes that wailed as mourners placed flowers at the base of the statue at the Place de la Republique. The constantly metamorphosing street art that coated buildings with the vibrant phrase “Je suis Charlie.” The photographer who captured the moment of a Hasidic Jew passing an armed soldier who guarded the temple nearby. The people that formed snaking lines from newsstands, hopeful to purchase one of the seven million copies of Charlie Hebdo before they ran out.

The most memorable reaction, though, was the demonstration on Sunday, Jan. 11. It was the largest rally that Paris had ever seen, and it aimed to mourn the fallen and to show that the French are not afraid. I wrote about the experience to a friend:

With each intersection, more people flooded the march, until finally the streets became so congested that we were brought to a halt. From where I stood, the statue at the Place de la Republique was out of view. It didn’t matter that there was nothing much to see from this distance—there seemed to be a blanket of patience that lay upon the crowd. The point was that so many French citizens stood peacefully side-by-side.

Occasionally waves of applause or chants reverberated from the center of the manifestation. At one point, a woman with an apartment above the crowd opened all of her windows and played John Lennon’s “Imagine,” and everyone sang along.

Still, the absence of certain groups from the demonstration cannot be overlooked. Amid an estimated 1.6 million people, I did not once see a Muslim or Jew dressed in outwardly religious clothing. It would be wrong to say that Paris in its entirety stood together without fear that day.

As a student who resided in Boston during the 2013 Marathon Bombing and in Paris during the 2015 Charlie Hebdo massacre, I cannot help but draw comparisons between the two. Both tragedies occurred in cities with history rooted in revolution and a pride rooted in liberty. Both tragedies provoked mourning, as well as political, religious, and social controversy. Both tragedies were results of satellite terrorists claiming to act in the name of a greater regime. But the panic that ensued in Boston after the Marathon Bombing was absent here in Paris. The city did not hiccup. There was no lockdown. Tanks never lined the Parisian streets.

It is difficult to isolate the reasons behind these incongruent reactions, but a main factor could be the targets and the methods. As compared with a bomb that killed and injured unsuspecting marathon runners and spectators, the Charlie Hebdo attack was not an imprecise explosion: it was aimed toward a specific symbol, Freedom of Expression, and a specific newspaper that pushed this right to provocative lengths.

In my never-ending effort to evade appearing foreign, I have tried to observe and adopt the ways of Parisians. I have noticed that many of the Metro lines here run more smoothly than the T in Boston or the subway in New York, and so Parisians find little need to grip onto metal bars for support. They have this way of gliding along with the movements of the ride, unafraid of uneven jolts that threaten to land them on their very backs.