After 14 years reporting news for the Boston Herald, Dave Wedge, BC ’93, found himself on site, in the middle of everything, during the Boston Marathon bombings. Exposed to the scene that would soon dominate the country’s headlines, the veteran journalist found the inspiration and the story to go somewhere new and co-author his recent publication, Boston Strong: A City’s Triumph Over Tragedy, released Jan. 17.

“I was just really emotionally invested in it and I knew a lot of first-hand information about what happened that, you know, maybe a lot of other people didn’t have access to,” Wedge said. “I always wanted to do a book and this was the right topic. It obviously affected me personally and people I know. I’m very passionate about the city and I just thought that I could tell the story in a pretty unique way.”

Co-written with Casey Sherman, Boston Strong covers the day of the marathon through various perspectives, looking at events from the view of the Tsarnaev brothers, the runners, the spectators, and the police on duty. Combining Wedge’s journalistic skills with the experience and story-writing abilities of Sherman, who has previously written six books, Boston Strong follows the story from the initial explosion and well into its aftermath.

It exposes the work done in the search for the Tsarnaev brothers, takes Wedge’s first-hand experience of the Watertown shootout to the pages, and sheds light on the recoveries of the survivors. Wedge and Sherman conducted interviews separately as well as together, and sectioned off the book in a similar manner.

“It was a pretty incredible partnership,” Wedge said. “We edited the entire book together, so it was a great process and I’m really proud of it.”

The work the pair did revealed questionable information regarding the investigations following the bombings, Wedge said.

“A lot of the investigators we spoke to raised questions about whether or not [the Tsarnaev brothers] should have been identified quicker,” he said. “Then maybe Sean Collier, the MIT officer, wouldn’t have been killed, and perhaps the Watertown shootout never would have happened.”

Wedge hopes people will read the book and think about the heroism of that day and of the aftermath. He thinks people reading the book will draw inspiration from the stories he wrote about.

“We were fortunate enough to get to be close enough to some of the survivors,” Wedge said. “A lot of them have shared their recoveries with us and to see those people recover and improve their lives from where they were to where they are today was really amazing to see and we have a lot of those stories in the book.”

Wedge explained that these feelings of motivation can be pulled from several aspects of the book, including the section dedicated to the challenging circumstances of then-mayor of Boston Thomas M. Menino during the event and throughout the days following.

“He just came forward and acted as a true leader to one of the city’s darkest moments and that’s something I’ll always remember,” Wedge said.

With the new release covering the story that so many people lived, but not many people know, Boston Strong is already in the works to be produced into a film by the same producers and screenwriters of The Fighter, with Daniel Espinosa directing.

The filmmakers have previously worked with Sherman, Wedge said.

“They’re really talented, and smart, and compassionate, and that’s what it’s going to take to make this film the right way,” he said. “I just hope that it’s done in a way that’s true to the book and true to the spirit of Boston, and I have no doubt that it will be.” 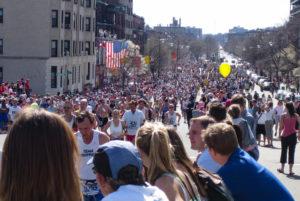 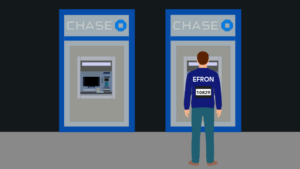