Home » At BC, A February Push For Sustainability 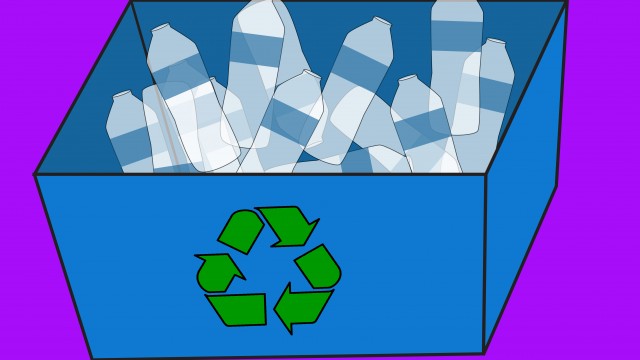 At BC, A February Push For Sustainability

RecycleMania isn’t just about competing with other schools—it’s about creating a greener, more sustainable future.

The start of the new month marked the launch of two intercollegiate sustainability competitions on the Boston College campus. RecycleMania began Feb. 1 and runs until the end of March and the NRG Games begins Feb. 8 and finishes at the end of this month.

BC first entered the RecycleMania competition in 2005. The tournament, which now includes over 400 colleges and universities, started out in 2001 as a recycling competition between Ohio University and Miami University. The rivalry between the two schools led to a successful competition in which both schools improved their recycling rates. In the following years, an increasing number of colleges were invited to join RecycleMania.

“We all have come to a greater awareness of what it takes to manufacture items and goods that we use,” said Sustainability Program Director Robert Pion. “Why not recycle something so that it can be repurposed or remanufactured instead of throwing it into a landfill?”

In last year’s competition, BC placed 67th out of 461 colleges in the Grand Champion category with an overall recycling rate of 36.73 percent.

“This year, we are also reaching out to faculty and staff to make them aware of RecycleMania,” Pion said. “We typically target the students, but recycling is something that all of us can easily do.”

Pion noted how BC Facilities Services recently installed water bottle filling units in all of the residential halls on Upper and Newton Campus, so the University may see fewer plastic bottles used.

He hopes students will see press releases and notices about the events and take ownership of the competition.
BC’s Sustainability Program set several new goals for this year’s RecycleMania competition, including improving the University’s recycling rate and generating fewer total tons of overall waste and recycling.

Outside of the competition, BC does pretty well with recycling, Pion said. Last year, the community recycled or diverted waste at a rate of 44 percent.

“It’s a good number, but since we’ve been recycling for so long, I think we can improve on that rate,” he said.

The NRG Games are another initiative geared toward improving habits among BC students and faculty. BC is competing against other schools in the Campus Conservation Nationals. The goal of this competition is to reduce the amount of energy and electricity used by students.

BC participated in the games for a while, according to Pion, but then stopped participating until the games were restarted about five years ago.

“At the request of some students, I was able to revitalize the NRG Games after a few years when we didn’t have the competition,” Pion said.

“If 50 people in a building decided that they would not keep TVs running needlessly or decided to shut off lights when not needed you would see an impact,” he said. “Multiply that by 7500 students and it can add up.”

Pion said that it is hard to tell if there is one specific area in which the BC community is using more energy than in others.

He added that succeeding in these competitions is not just about beating other schools. By competing, the University is acknowledging that it is part of a greater effort that can help to make a significant impact on waste reduction and on the carbon levels in the atmosphere. He suggested students think of one thing they could do differently, giving example of using real silver in the dining halls rather than plasticware. One small change like this will result in less waste, he said.

“We owe it to each other and we need each other to work out solutions facing our climate and planet—but so many things seem beyond our reach or years away,” he said. “This is doable now, while we work out the bigger picture issues.”