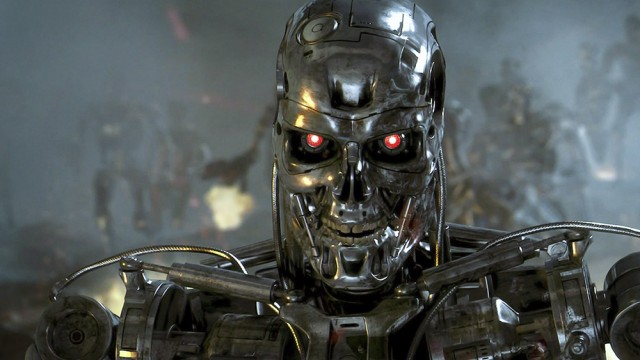 Oh, The Places Tech Shall Go

I consider myself out of the loop. As far as technology goes, I maintain a level of proficiency that allows me to function in everyday society and, at a certain level, with my peers. My parents have always described me as ‘tech-savvy,’ but that is only me being able to read a settings menu on a device or discovering some hidden feature of an iPad that neither of them could find. I have played a lot of video games in my life, so I’ve always known my way around a gaming console, and I know how to open and close Internet Explorer and Safari. But I have realized, over the past couple of years, that I grow more and more uncomfortable with technological progression in time, especially with regard to commercial use.

Last night, my roommate asked me to get on Snapchat so he could lend me 60 bucks for a video game. To start, I don’t have a Snapchat, Twitter, Instagram, Tumblr, or Yik-Yak. I have a Facebook to keep in contact with people who’s phone numbers I do not have, but I do not appreciate social media very much at all. I use my cell phone for calls, texts, music, and a couple video games I find entertaining, but I really do not like to use it for much else. So when my friend proposed this digital transaction to me, I looked at him, puzzled, and asked, “What the hell do you mean by, ‘use Snapchat?’” To my astonishment, he informed he could send me cash, without a penalty, through the Snapchat app, just so long as I had my credit card on file with the app. I put my card on the app (just to move along with the evening), but to be honest, I was  sincerely troubled by the app’s latest achievement. Why should a picture-sharing app have access to my banking transactions?

This is just one example of the many ways I feel technology is taking over our lives at a very personal level. I do not want to sound like an old curmudgeon, ranting on the disadvantages of the apparent conveniences that technology provides us in our everyday lives, but I feel, more and more everyday, that some of my fears are becoming rational. Looking out across a dining hall, every night I see a couple tables where, for more than a few minutes, every person is on their phone doing something, usually involving social media. I have heard serious arguments from friends and acquaintances regarding posts, likes, and posts gone ignored, but what does any of this actually count for? There is a lot to be spoken on the topic of social media’s actual impact on society, but for space’s sake I can only reiterate that there is something inhuman about the way we incessantly interact through the digital world. There is something much more beautiful to me about living fully in the moment, rather than trying to snap a shot of every other minute of one’s life.

To go along with my fears of technology’s impact on our interactions, technology is becoming more self-aware and intelligent as new cyber-developments take place. Even tech genius Bill Gates and physicist Stephen Hawking warn of the future advancements in artificial intelligence (AI), saying that we should tread lightly with where we take inanimate thinking. I am not proposing that one day the robots from the Terminator movies are going to extinguish the human population, with their huge guns and spooky skull-print aesthetic, but is it entirely implausible to imagine an AI designed to make environmental protection its number one priority and for said AI to determine that we humans are one of the more harmful plagues upon the Earth’s well-being? Again, I may just be spouting science-fantasy mumbo-jumbo, but when asked in a Perspectives class whether a thinking robot could be harmful to us, the room gave a hearty laugh—that discomforted me. Maybe it is crazy to think that one day robots could pose a physical threat to humanity, but I think we should respect the power that we have already handed technology.

My trepidations may be entirely off-base, but I know I am not the only one with these thoughts. With books like Dave Eggers’ The Circle and several articles and movements surrounding the pushback of social media, I see some sort of effort by people to remind us of the power we hold in our hands and the power that that device in our hands holds over us. But, generally, the public seems just a bit blind to the influence technology holds over us, and I include myself in that statement to some degree. As much as modern technology is the driving force of everyday happenings around the world, we cannot rely on technology to replace the human experience or genuine human intellect.

technology a fuller picture
A Cappella And Comedy Shake It Off For The Campus School
Made In America: Local Coffee Shop Fuels BC Students