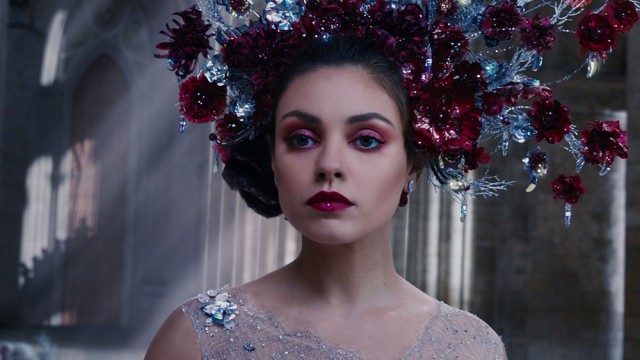 The month of February is often spoken of as the dumping ground for new movies—which would explain why the release of Jupiter Ascending, Andy and Lana Wachowski’s latest project, was pushed back, originally meant to be released in July of last year. Despite its all-star cast, Jupiter Ascending falls short on just about everything—with a completely ridiculous plot line (if there even is one) and cringe-worthy acting throughout.

Where to start? After a blunt opening in which her father is shot dead for no apparent reason, the movie tells the story of Jupiter Jones (yes, that really is her name) played by Mila Kunis, a seemingly normal American girl who wakes up at the crack of dawn to clean toilets for a living. Channing Tatum’s character, Caine Wise—a partly albino, half-wolf-half-human warrior—arrives, however, Jupiter soon discovers that Earth is being harvested by beings from another planet, in order to prolong their youth and live forever. As well as making this bizarre discovery, she is also told that her genetic makeup is an exact match with that of this planet’s dead queen, thus entitling her to ownership of Earth and making her a fascination with the queen’s three heirs—Balem (Eddie Redmayne), Kalique (Tuppence Middleton) and Titus (Douglas Booth)—all of whom wish to destroy her and claim Earth for themselves.

It is impossible to keep on top of the numerous twists and inconsistencies within this plot which do nothing but confuse the audience and leave them questioning whether or not even the writers could possibly comprehend the world which they have created.

The fact is that this film has no element to it that has not been seen many times before. It tells the all-too familiar story of the lost heroine whose monotonous life leaves her longing to break free and “find herself.” It’s the Cinderella story that has been done a thousand times before but, in order to add some spice to this tired fairy tale, the Wachowski siblings have gathered together every possible element of science-fiction: aliens, spaceships, cloning, the lot. In fact, the film seems fit to burst with over-complicated ideas and fantastical creatures, while the special effects team seem to have run riot throughout, playing a game of “how many explosions can we fit into two hours?” The answer is A LOT. While the movie is undeniably a visual spectacle and a costume designer or make-up artist’s dream, the storyline has taken a back seat, denied the care and attention that has clearly been given to the numerous pairs of prosthetic ears on the set.

With Channing Tatum and Mila Kunis play the protagonists, the film just would not be complete without a budding romance between the “plain-jane-turned-space-queen” and hybrid warrior. The writers, however, seem to have forgotten to build up any kind of chemistry or attraction between the two characters and instead have Jupiter declare her love for Caine practically moments after meeting him. The actors themselves seem to have picked up on this bizarre turn of events as the seduction scene between the two is nothing but awkward and uncomfortable from start to finish.

The only real flash of light in this production is Redmayne’s performance. He does the best he can with a shallow and badly-written script and does he it well, if perhaps a little too Ralph Fiennes-as-Voldemort at times. Moreover, Redmayne’s character is absent for most of the action, only appearing briefly at the start and end, making him the light at both ends of a very dark tunnel.

Jupiter Ascending is a shoddy attempt to unite the world of science-fiction with that of a chick flick or rom-com, resulting in every pun falling flat and leaving the audience deflated.  At one of the movie’s many cheesy reflective moments, Jupiter observes that “time is the most precious commodity in the universe,” which does nothing but urge the audience to grab their jackets and popcorn and run for the nearest exit. Life is simply too short. 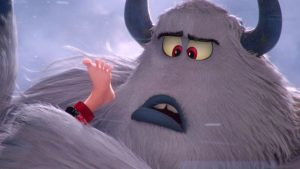