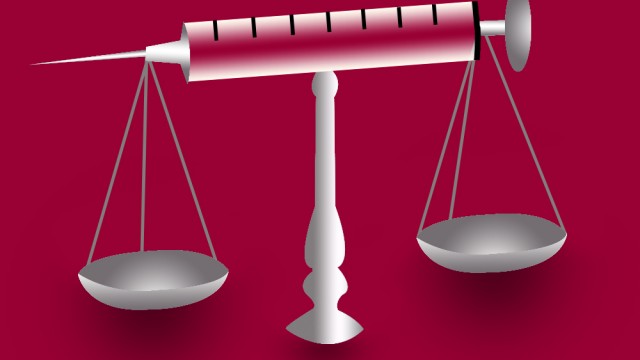 “Whoso sheddeth man’s blood, by man shall his blood be shed: for in the image of God made He man” (Genesis 9:6).

As pieces of rhetoric go, I don’t know that it gets much better than this. There is little room for ambiguity, no avenues for further discussion. It retains much of the chiastic structure of the Hebrew Bible, coming easily to the ear and providing a gorgeously wrought poetic justification for one of the more basic human impulses.

To kill the killers; to cut out the cancer.

Of course, I’m not alone in my contention that its final clause rests on a bit of flawed logic. That is, I find much more comfort in assuming that the whole process happened the other way round—that it is not God who created man, but man who created God. And that he did it, largely, for the vindication of ugly, ruthless rules like the one above. In other words, we like to see bad men executed, and we like it even more when the boss says it’s okay (especially when he uses a pretty line like that).

“From the beginning,” as Salman Rushdie puts it in The Satanic Verses, “men used God to justify the unjustifiable.”

But man didn’t stop—or begin, even—with God. He created the Devil too, out of his own image and likeness. He creates him every day.

And what he comes up with often looks something like Dzhokhar Tsarnaev, the gruff, bratty looking kid behind the Boston Marathon bombings of 2013. Devoid of any outward remorse or apparent humanity, he has come to be viewed (especially around the city of Boston) as some kind of vessel for evil incarnate. He has become, in our eyes, a sort of vile monster rather than the sick young man that he is.

In mistaking a chemical imbalance in the brain for total depravity, it would seem that we’ve made something of a devil out of him. And, if his trial continues along its current trajectory, we will use him, just like he used his god: to justify the unjustifiable act of murder. He will die, and we’ll all get to watch.

However, if the jury selection process is any indication, this will take time. And as the 1,363 potential jurors are examined, cross examined, and whittled down to 12, we might do well to ask ourselves a few hard questions.

Does this persistent—and nearly fanatical—pursuit of a death sentence for Tsarnaev send the wrong sort of message to the world? And, more importantly: Are we, the United States of America, still the sort of nation that systematically executes its own citizens?

For an answer, we should contextualize a bit. Ranked among the 22 countries that still impose the death penalty by amount of sentences carried out, the U.S. is listed fifth, having put to death 220 people over a period from 2007-2013. Though the number might seem low, we should be mindful of our company. A list of the top five, for instance, would include, in order: China, Iran, Saudi Arabia, and Iraq. Short of adding Mordor or Hell, I don’t know that we could make that any worse of a list to be on.

Even if we could, for a moment, cast common morality aside, there are simple issues of cost and practicality to be dealt with. Contrary to view of the death penalty as a quick, cheap alternative to a life sentence, recent inquiries into state and federal budgets have shed light on the astronomical cost of capital punishment. In the state of Nevada, for instance, death penalty cases cost anywhere from $1.03 to $1.3 million, compared to only $775,000 for cases in which the death penalty is not sought. Studies of California’s system have yielded similar results, determining at one point that the governor, if he were to commute the sentences of the state’s remaining death row inmates, would save the state over $5 billion dollars over the next 20 years.

And then there is time. For the past month, would-be jurors for the Tsarnaev case have been dismissed at a rapid rate, for two pervading reasons. Those let go have either already decided that the man is guilty, or that they would be unwilling to impose the death penalty if he’s convicted. Most of those who were sent away for the second reason, according to the Boston Globe, seem to have figured out either that capital punishment is, indeed, morally revolting, or that life in a small dark room might serve to better punish him, if that’s what we’re looking for. Isn’t life without parole, after all, just a very, very long death sentence?

So, it would seem that the only justification for allowing such a practice to continue is illusory. It is outdated, steeped in a flawed worldview which conflates the commission of wicked acts with intrinsic wickedness, and creates menacing abstractions of evil out of the mentally ill, the disturbed, and the misguided among us.