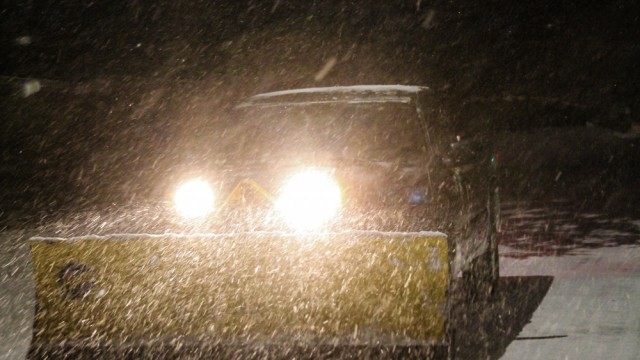 Amid Massachusetts State Of Emergency, Boston College To Reopen Tuesday

Boston College announced that all classes will begin and offices will reopen at 10:30 a.m. on Tuesday, in an email sent late Monday night. This notice came shortly after Governor Charlie Baker declared a state of emergency for all of Massachusetts, asking all non-emergency state personnel in the Boston area to not go to work Tuesday.

The city of Boston has faced a record snowfall totaling just over 60 inches in the last 30 days. The city has issued an emergency parking ban that is expected to continue until Tuesday night. No travel ban is in place for Tuesday, but the MBTA shut down service at 7 p.m. on Monday. On Sunday evening, it was declared that Boston city schools would be closed both Monday and Tuesday of this week.

“The only other thing I want to mention is that we’ve been frustrated, disappointed with the performance of the T,’’ Baker said at a press conference on Monday. “The public transportation system has to work. Let’s face it, this can’t happen again.”

On Monday, Mayor Martin J. Walsh, WCAS ’09, announced that City Hall will be closed for a second straight day on Tuesday, and asked private employers to let workers stay home on Tuesday so the city can focus on snow removal.

Massachusetts Institute of Technology, Boston University, Harvard University, Emerson College, and Northeastern University have announced they will be closed Feb. 10.

A Guide To Boston Study Spots Ahead Of Midterm Week
LTE: A Response To The Delay