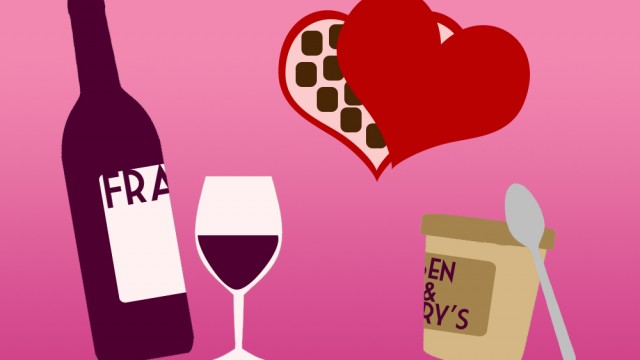 The Irony Of Galentine’s Day Parties

Six girls huddle in a garishly decorated double. Empty boxes of Franzia litter the ground. The Notebook plays softly in the background. Flimsy, pink, paper hearts line the walls. One or more of the attendees is crying ugly, sniffly tears into someone’s shoulder.

What is it about February 14th that strikes fear in men’s hearts and triggers girls’ tear ducts? How does the world’s most infamous Hallmark holiday turn guys into lecherous opportunists and girls into weeping, abrasively drunk-texting messes? At this point, you’re probably feeling pretty indignant about these generalizing allegations. Kat, you’re thinking, I’m not one of those girls/guys. I don’t get aggressively wine-drunk and leave my ex vaguely threatening Gone Girl voicemails. I don’t go out on Valentine’s Day simply because “the girls are most vulnerable.”

While I guarantee there are exceptions to the rule, have you ever been to a Galentine’s Day party? A Valentine’s Day stoplight party?

The generalization of the sobbing wine-drunk girl and the sleazy opportunistic guy are a lot more common than we like to think.

These are the defining and disturbing markers of Valentine’s Day in our generation. Stoplight parties, where if you’re single you wear green, taken you wear red, and wear yellow if “it’s complicated,” are a contradiction. Why would you go to a stoplight party on Valentine’s Day if you were in a committed relationship? And how sad is it that in this day and age that “it’s complicated” counts as a relationship status? In my experience, it doesn’t matter what color the girl is wearing. Creepers gonna creep.

Galentine’s is another beast in itself. Somewhere in my teenage years, I developed a formula that has just as much merit as anything Einstein ever came up with. If you start with a group of single girls, add wine and pink drinks rimmed with sugar, subtract the friends who are out having romantic dinners, multiply the drinks, add some chocolate binging, and divide by romantic comedies, the end product will be tears, with a byproduct of aggressive drunk texting.

You know someone is going to cry at the end of the night. You know someone will aggressively rip the paper hearts in two, take a shot of tequila, and yell, “Love is dead.” You know you’ll feel a little lonely when you do it.

Maybe because it’s easier to feel lonely on a holiday that’s practically suffocating you on the idea of what “love” should look like when you’re with friends. Maybe it’ll make you feel a little less alone if you go out and meet someone new at a party, even if the theme is insufferable and trashy. The thing is, there’s really nothing wrong with going out on “D-day V-Day,” to  Galentine’s or Valentine’s parties, as long as you’re going to them for the right reasons. If you’re going to that stoplight party because you have some deranged idea that it’s going to make you feel better about your ex-girlfriend, also known as Satan incarnate, I’ll give you a bit of advice: don’t.

If you’re drinking in a room full of girls, sobbing into a wine glass as you watch Titanic because you’re jealous your roommates have boyfriends, put down the Franzia and pull yourself together.

Do these things because, under the right circumstances, they can be bonding moments with the really important people in your life: your friends.

Don’t do them because “girls are easy on Valentine’s Day,” because that’s scummy and disturbing, and you should reevaluate your life if you view other people in that way.

But if you want to go out and have fun or enjoy Nicholas Sparks movies or have a good healthy cry, go for it! Be safe, have respect for yourself, and enjoy time with your friends. Will you still be with your boyfriend of freshman year five years from now? It may be cynical, but I’m going to bet on no. Will you remember the time your best friend crawled around the carpet, threw a stuffed animal rabbit at you, and made you laugh so hard you snorted? I sincerely hope so.

Being single on Valentine’s Day isn’t the end of the world. It can be quite a spectacle and a lot of fun—just remember the thing I said about having respect for yourself and doing things for the right reasons. However, if the night takes a turn for the worse and you’re the one crying hysterically or crawling on the floor, it happens. Don’t beat yourself up too much about it. Make sure to thank the saint who patted your back and murmured, “There, there,” to your hysterical self. Think about why you had such a bad night, and work on that with yourself on February 15th. Know loneliness is temporary and that there are people who love you, even when you are distraught and plastered.

And if a friend is having a bad night on Valentine’s Day, for god’s sake, suck it up and help them out. They’ve held your hair before, and now it’s time to pay the piper.

If your roommate is texting you “PLEASE HELP ME” from curled in the fetal position under their bed, crying into the never-been-cleaned dorm room carpet, go to them. You’ll feel uncomfortable when they wipe their nose on your shoulder and use the most colorful assortment of bilingual curse words to describe their scumbag ex, but you’ll be there for them anyways. 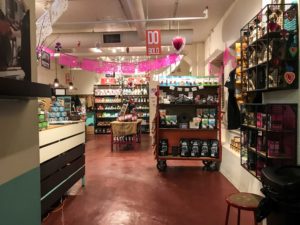 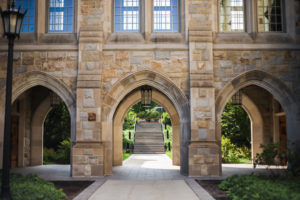