Home » From Dorm To Table: Fresh Ideas From ‘The World’s Smallest Kitchen’ 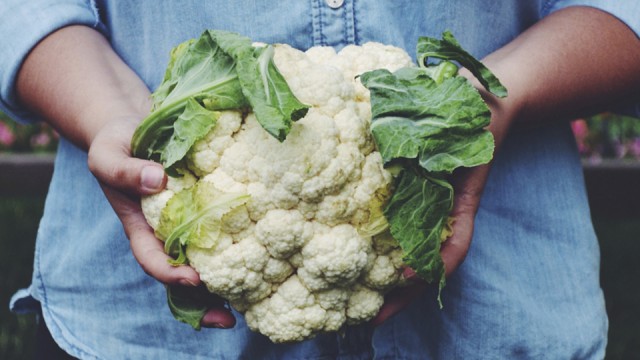 From Dorm To Table: Fresh Ideas From ‘The World’s Smallest Kitchen’

There is no dishwasher in Madeline Heising’s kitchen. Pots and pans hang from wall-mounted racks, and utensils are clumsily arranged in coffee mugs. She only has one foot of counter space to chop, mix, stir, and blend the recipes that have made her website and cookbook so successful.

“It’s so funny, people see the book and the pictures and the food and expect that I have some huge kitchen and am living a crazy, blogger-queen lifestyle,” Heising said. “When really it is just me hanging out in my little studio apartment, trying to cook anything and everything, using my dining table as my cutting board.”

Heising’s blog, The Collegiate Vegan, has come a long way since it began in 2011. After graduating from Northeastern University in January with a degree in communication studies and a minor in food systems and sustainability, Heising, 22, now spends most of her time trying out new recipes for the blog in her, self-proclaimed, “world’s smallest kitchen.” Read by students and suburbanites alike, the blog’s increasing success has most recently translated into the publication of her first cookbook, “The Collegiate Vegan Presents FIVE: 50+ Plant-Based Recipes, Five Ingredients or Less,” which was published as an e-book in October.

Although she is now a full-time blogger and recipe developer, Heising had no intention of getting involved in this profession, let alone becoming a vegan, until she arrived at Northeastern as a freshman.

“If you had told me at this time last year what project I was about to embark on, I would have said you were crazy,” she said.

Heising has been a vegetarian since age 10—however, her ascent to veganism was based purely on a whim. “It turns out that the freshman 15 is a very real thing,” Heising said, who only began considering veganism during her sophomore year as a means to lose weight. After changing her eating habits for only a week, Heising was sold on the benefits of the plant-based diet that would prompt the creation of The Collegiate Vegan.

“By the end of the week I had had way more fun cooking and was able to do cool things with my food,” Heising said. “I had actually started thinking about food for the first time, and I was really happy with it, so I stuck with it and three years later, here we are.”

Although The Collegiate Vegan now gets about 50,000 viewers every month, the blog began as a way for Heising to both document her progress and make sense of her new lifestyle. As her pageviews increased so did her readers’ response, allowing the blog to become an outlet for questions and discussion about how easy a plant-based diet can be.

“As other students started to ask me questions, I fell into this really cool position where I could encourage people to eat healthy,” Heising said.

Although The Collegiate Vegan now features recipes like balsamic glazed butternut squash and avocado alfredo, Heising still makes an effort to highlight the simple creations that she originally concocted in her sophomore dorm.

“Honestly, everything I started with and have grown on since has been based on frozen food. Maybe throw in some beans or grains and then you have everything you need for a balanced meal—vegetables, grains, protein,” she said. “That’s where I started and I still make very similar stuff to that today. My friends joke that I make all of my meals at home, which is kind of true. That was my thing in college and that will probably be my thing for a very long time.”

As appealing as cooking in her tiny kitchen is, Heising was enthusiastic about how easy her transition to veganism was in the city.

“Your average salad bar is going to get boring after a while but that’s the really nice thing about Boston, it is really easy to eat out,” she said. “I am constantly surprised when I go into some of the city’s best restaurants and see quinoa cakes and asparagus on the menu. It just shows how Boston as a whole is really accommodating to vegans and vegetarians.”

After two years on the blog, Heising sought out to tackle a different outlet for her recipes with her first cookbook. Between August and October, she juggled her last semester as an undergraduate with writing, photographing, and designing “FIVE,” a concept that stemmed from the most popular section on her blog, recipes with only five ingredients or less.

In “FIVE,” Heising includes some recipes from The Collegiate Vegan, but the majority are new concoctions that she hopes reflect the book’s theme of ease, accessibility, and health. Above all, Heising hopes that her book and blog convey a different way to think about food.

“For me it is all about trying to eat more plants—you know we have been told since we were little to ‘eat more vegetables’ but it turns out that you really do need to,” Heising said, chuckling. “It turned out that for me when my entire meal was going to be plant based, I thought about how I was cooking differently.”

Although “FIVE” was only just published this past year, Heising is already working on her next projects. Over the next year she hopes to release a series of small e-books as well as publish another, longer book.

“Now that I have graduated and have this glorious thing called time, I am actually working on a lot of new, exciting things,” she said about the idea for her next book, which will be focused on food basics, and how to do them well. She plans on bringing readers through simple meals, from start to finish, to show them how to work from scratch without a recipe. Though there are still a few months of work in her cramped, studio apartment ahead, Heising hopes that her second book will be as successful as the first.

food vegan
Tensions Rise In Debate Over Divestment
This Weekend In Arts: BC bOp! and Yes, “Fifty Shades Of Grey”