In the wake of the recent snow storms that have dumped approximately eight feet of snow on Boston, more than 600 snowplows are currently at work trying to clear the city’s roads and walkways.

Frankie Ippolito is the owner of Ippolito Snow Services, a snow removal company, now working around the clock in an attempt to restore some normalcy to the lives of those affected by these nor’easters.

“From an operations standpoint, this season has produced a lot of work— exciting but daunting work,” Ippolito said.

Ippolito said a typical winter in the city endures about a storm or so a month, spreading out its impact and allowing enough time to respond thoroughly to each. This season’s historic snowfall, however, has been something that Ippolito has never seen before. “We’ve gotten what we would see in a whole winter in the space of three to four weeks,” Ippolito said.

“It [snow] has allowed us to accelerate our growth plan,” Ippolito said. “What would have taken us maybe two or three years to save up enough to invest into new machinery and equipment, we have already gotten from these three or four weeks alone. The guys have more equipment, better equipment to get the job done quickly … it would not have been possible without these storms.”

These benefits do not come without challenges. Ippolito’s company, as well as others in the industry, have endured long workdays without much time for recovery due to the continuous snowfall. Companies have had to put more “boots on the ground” to cover demand for their services—to the point that there are not enough qualified professionals, Ippolito said. His company has been forced to hire a number of workers from out of state.

Boston College has also felt the wrath of the recent snow storms. For staff, those deemed essential personnel have made some of the biggest sacrifices to ensure the stability of campus. Certain dining service crews and cleanup personnel, including those in charge of snow removal, needed to remain on campus during the storms and many slept on inflatable mattresses inside of the dining halls.

“During every winter, the grounds services are in charge of the snow removal on campus in combination with five different contractors that we work with,” said Gina Bellavia, the associate director of Facilities Services. “One each for the Brighton and Newton Campuses, and three on the Main Campus. By assigning each crew, the campus can be cleaned more efficiently and more quickly. This year has been particularly challenging because since we are an urban campus, we haul or melt snow.”

The sheer amount of snow is noticeable at first glance, as mounds of snow adorn the campus due to the timing of the storms. “We simply do not have time to take it away … there is nowhere else to put it,” Bellavia said.

The close proximity of the storms has forced the Facilities Services office to significantly exceed their predetermined budget, Bellavia said. On an average year, the standard budget draw will usually not cover the entire winter. If the department exceeds its budget, it looks toward for funds in the University’s reserve accounts.

“For everybody it has been a challenging and unique year. We just ask for people’s understanding … patience is the thing we need most.” 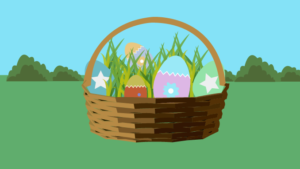 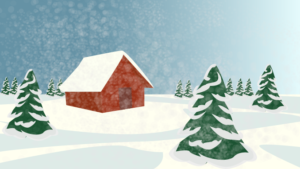