Home » BC Underwater With Emergency Plans 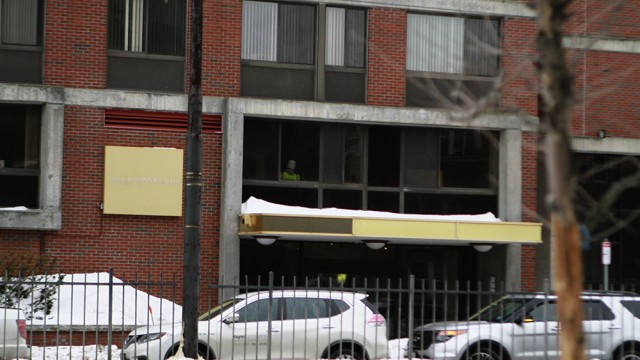 BC Underwater With Emergency Plans

According to Chief of BCPD John King, a pipe broke on the 10th floor, likely due to freezing, and water began to cascade down the building to the basement level.

Due to the extreme weather conditions, city officials and the University have been under immense strain and the extent of the flooding was an unexpected emergency. The situation Tuesday night, however, could have been better handled, especially with regard to the communication with BC undergraduate students living in the building.

It is fairly expected that there would be some leaking in a building as large as 2000 Commonwealth Ave.—the cold temperatures and sheer height means it was almost inevitable. Off-campus students have received numerous emails about preventative measures to protective themselves and their homes from the cold, such as keeping temperatures warm and dripping the faucets. These emails have been a welcome and needed measure by the Off-Campus Housing division of the Office of Residential Life.

But, with the concern of leaks very clearly in the forefront of the University’s mind, there should have been an emergency action plan in place for 2000 Commonwealth Ave. The building is not only one of the most popular BC off-campus housing locations, but also BC-owned, though it is privately managed. The simple reality is, if there is an emergency, as there was Wednesday, many BC undergraduates would be displaced.

In the chaos of the evacuation, students were shuttled to Robsham Theater or told to stay with friends. This led to multiple students wandering around the Brighton neighborhood looking for a place to sleep. Even though some were directed to find hotels, it was not clearly communicated at first that they would be reimbursed.

The actual leak could not have been prevented and, although very unfortunate, the situation itself is not the problem. The disconnect comes in the communication with the students.

In the last few weeks, there have been many trying situations—weather related and otherwise—illustrating the power of communication in easing confusion. The limited parking at the BC vs. Miami men’s basketball game on Monday afternoon led to traffic and frustration among fans, BC employees, and students alike. An email simply alerting those who would be affected could have eased frustration. On the other hand, during the much more serious situation with the bomb threat last Thursday night, the BC community was kept well-informed via text messages and emails. The small acts of communication kept the campus feeling as safe and calm as possible in such a difficult situation.

Even though these incidents are not comparable in scope or importance, the takeaway comes in the University’s response. While the situations cannot be controlled, getting information out to students can manage the response. A pre-planned response and clear and consistent communication with students could have eased much of the confusion and stress caused by the flooding in 2000 Commonwealth Ave. Tuesday night.

To Park Or Not To Park: A Bostonian’s Guide To Street Etiquette
Snow Dazed: Considering The Consequences Of Winter Closings