Home » LTE: A Response To ‘On Choosing Homosexuality’ 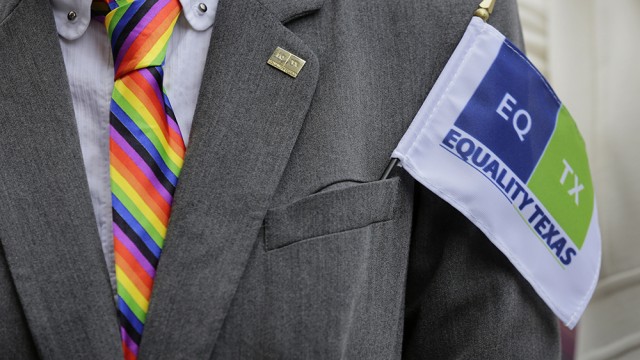 LTE: A Response To ‘On Choosing Homosexuality’

The recent tragedies of Mike Brown and Eric Garner shed light on an increasingly prevalent social divide present in American society: the inability of those in the majority to fully comprehend and understand the struggles and hardships of those in a particular minority. As a white male, I cannot speak about the experiences of my black peers at Boston College; I do not understand their struggles, nor should I pretend to.

However, an experience for which I do fall into the minority is that of a gay male, and as such I feel compelled to comment on several issues and topics mentioned in the Feb. 15th piece, “On Choosing Homosexuality,” written from the perspective of a straight male who will “never truly understand” the homosexual experience.

The column is centers on recent comments made by GOP hopeful Mike Huckabee, the former pastor turned governor of Arkansas. In a recent interview with Time, Mr. Huckabee equated being homosexual with partaking in gambling and swearing, remarking:

People can be my friends who have lifestyles that are not necessarily my lifestyle. I don’t shut people out of my circle or out of my life because they have a different point of view […] I don’t drink alcohol, but gosh, a lot of my friends, maybe most of them, do. You know, I don’t use profanity, but believe me, I’ve got a lot of friends who do.

The author of “On Choosing Homosexuality,” however, vastly misinterpreted what Mr. Huckabee was implying; he was not saying that choosing to embrace one’s homosexuality is a choice, but that being homosexual itself is a choice. The author states that he knows “the science, I know how genes work, and you probably know a bit of it too. But that doesn’t really change anything. It’s one thing to be sexually attracted to the same sex, but it’s another to be a homosexual individual,” a point with which I could not disagree more. Though the issue of what makes an individual gay or straight is not my primary concern in writing this letter, I feel it is important to note that the current scientific understanding of homosexuality is extremely inconclusive.

Therefore, I cannot grasp how you know the science and the way in which genes work differently in those who are gay as compared to individuals who are straight. However, my primary motivation for writing this letter is my concern for your suggestion that one can separate being gay from being sexually attracted to an individual of the same sex, for they are one and the same. Though many individuals suppress their sexuality and true feelings, they are not any more or any less gay than someone such as myself who has come out and fully embraced their sexuality. Your argument is akin to saying that a tree falling in the quad makes a sound only if I actively choose to recognize the noise produced; sexuality is not equitable to selective hearing. So to answer your question, yes, a woman who lives her life hiding her homosexuality is a homosexual. Furthermore, by your interpretation, I chose to be homosexual by choosing to be open and authentic about my sexuality.

Let me make this as clear as possible: I did not choose to be gay; I chose to live my life on my terms rather than be controlled by fear and homophobic bigotry.

Though you have reflected on the issue of homosexuality in modern society, no matter how much you “really think” about it, you can never truly understand the experience. Your article highlighted several important issues that we as a society must address, and for that I commend you; however, your overall argument falls far short from hitting the mark.

There remains an enormous amount of work to be done until we as a society can overcome the heteronormative narrative that defines our culture. Every time someone claims that, “gays choose to be gay,” they are not making the perceived choice more of a reality, but rather the misconceptions regarding homosexuality.

Similar to the way in which I can never understand the connotation carried by the n-word, even if my intentions were good, you cannot understand the implications of saying that homosexuality is a choice. You are not gay; you are not allowed to make such an assertion. My hope is that in reading this letter you will realize the immense privilege you possess; you never have to face coming out and the fear and uncertainty that accompany such a decision.

Nonetheless, a topic on which you are very qualified to speak, and one I would have liked to have seen more addressed by your article, is the way in which homosexuality is perceived and treated at BC, in the United States, and throughout the world.

Heterosexual individuals are so easily allowed to identify as straight because they do not face societal constraints condemning that label. Conversely, homosexuals are biologically born gay, the same as you were born straight, but are forced into hiding by ignorant members of society who perpetuate misconceptions about an experience to which they cannot relate.

I have always been gay, much the same as you have always been straight; it is who I am, not just something I choose to be. Being homosexual does imply an acceptance to the self, as you note, but it goes so much further than that in ways you will never understand.

gay rights
Poor Accessibility Brought Center Stage
To Park Or Not To Park: A Bostonian’s Guide To Street Etiquette

14 COMMENTS ON THIS POST To “LTE: A Response To ‘On Choosing Homosexuality’”