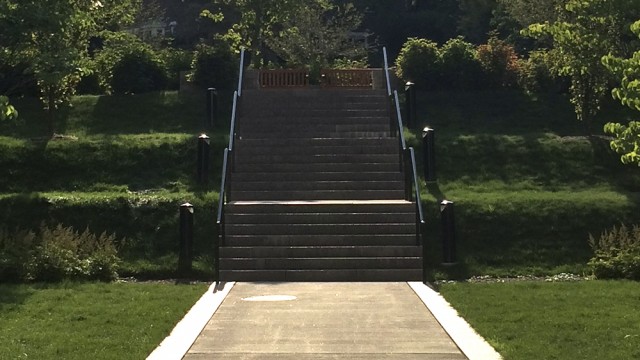 An article on the front page of Wednesday’s Boston Globe highlighted the issue of accessibility on the Boston College campus—specifically, the fact that BC will be subject to a federal and state inquiry into whether the institution violated laws regarding accessibility. Accessibility has been a problem that has continued to plague the University in recent years, sparking a number of student advocacy groups and events to address the rights of students with physical disabilities.

Before the start of the fall 2014 semester, several changes were implemented to address some problematic areas that proved particularly difficult for disabled students to navigate, such as the second floor of O’Neill Library around the atrium. Additional signage was put in place to more clearly denote disability-accessible routes, and a page was also added to the University’s website that compiled resources for individual’s disabilities.

Despite these somewhat tangible improvements, as well as the formation of the new Council for Students with Disabilities within the Undergraduate Government of Boston College’s division of diversity and inclusion, more physical changes can be made to the BC campus to assist students with disabilities.

It is worth acknowledging the limitations that the University faces in significantly changing portions of campus—namely, that the campus is built into the side of a relatively steep hill. Furthermore, the integrity of several historical buildings, such as Bapst Library and its lobby comprised of several staircases, cannot, and should not, be dramatically compromised. It is reasonable that some specific areas of campus cannot be altered.

In general, however, BC seemingly has the financial ability to invest in more substantial improvements to make campus more accessible, especially in order to address the formal complaint that students filed with the Department of Education’s Office of Civil Rights in May 2013. The issues that surround the accessibility of the BC campus should not be news to anyone at the University, as they have been well documented and reported on for, at the very least, the last year. Those who believe that the problem of accessibility is just being brought to light now because of an official inquiry have likely just not been paying attention.

With The Globe report given prominent placement on the publication’s front page, the issue of accessibility at BC is being given plenty of publicity, which hopefully will push the University to take more aggressive action. It is commendable that the issue is receiving the attention it deserves, and this will hopefully contribute positively to the ongoing conversation between students, faculty, and administrators regarding accessibility.

Prejudice At The American University
LTE: A Response To ‘On Choosing Homosexuality’