Home » To Park Or Not To Park: A Bostonian’s Guide To Street Etiquette 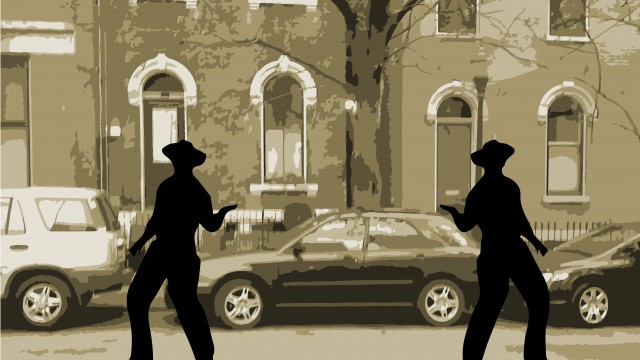 To Park Or Not To Park: A Bostonian’s Guide To Street Etiquette

It was a moment of pure, unadulterated despair and anguish. I stood there in my driveway, having just taken upward of two hours to shovel it out—pom-pom hat clad, shovel in hand, and white powder on my sweatpants indicating the snow was up to my mid-thigh. I stood there looking like a sad puppy, forced to bathe after playing in a puddle of mud. I discovered that someone parked in the middle of Gerald Rd., blocking my driveway so that I could not swing my car out. I don’t know what made me angrier—the blatant disregard for my work, or that my long-anticipated Chipotle divulgence would have to be postponed.

Thankfully, I don’t experience the brunt of the so-called “Parking Wars” that are fought on the streets of Boston each winter. (I’m a brat. I have a driveway.) But for others on my street without the luxury of a solid driveway spot, it’s out to the trenches of this year’s record breaking 80 inches of snowfall. In these “Parking Wars,” you must fend for yourself and spend a grueling amount of hours digging out your artillery vehicle amid mounds of snow.

So you dig your car out, go inside to reward yourself with a nice buff chix sub and a six-pack from the packie, and enjoy the rest of your (fourth) snow day. But alas, the vacation has ended and it’s time to drive to school, work, etc. To yourself, you think, “S—t, what do I do about this gloriously dug out spot?”

Residents throughout Boston resort to “marking their territory” with beach chairs, cones, boxes—you name it. They are symbols—a battalion’s color guard almost—monuments to the hard work and blisters that went into digging out one’s car.

It is universally known that this spot is the property of he that so digs it out and there is an etiquette that is silently known by Bostonians as not to mess with said spot, for fear of unspeakable, Departed-style punishments.

Across the street from my house lies a plastic lawn chair with an inscribed note: “Dear Neighbors, I worked very hard on shoveling out this spot. Please respect that. Please, don’t be a d—k.” Nicely put, my friend.

This year, however, newly-elected Mayor Martin J. Walsh, WCAS ’09, banned the “Parking Wars” culture in Boston, hoping to create a greater sense of charity and communal workings to collectively dig out each and every parking spot, while helping neighbors. This has incited an even greater war.

So where is the line drawn? Does the continual marking of spots perpetuate the problem? Or does the problem lie within an unconscious or perhaps blatant disregard for the work and property of others?

Call me old-fashioned, call me an ass, but the way I see it, if you put in the work, you and only you should reap the fruits of your own labor and park in that spot. That’s not to say that we shouldn’t help others like the elderly couple that lives next door, or not allow others to borrow our spots during the day while we are out, but we should begin to rebuild a mutual respect for the property and toil of our neighbors who worked tirelessly.

These “Parking Wars” need to exist, especially considering the state of many of our roads. Perhaps the war is only perpetuated by the lack of snow removal on our side streets or maybe state officials need to facilitate more spending on these processes. Despite that, these “Parking Wars” have become a tradition in Boston—it’s also scenic to see a crammed cobblestone South Boston street lined with lawn chairs.

It’s a (literal) cold world out there: don’t be that self-absorbed jerk that takes spots from others. Viva la revolucion. In the words of my neighbor, “don’t be a d­—k.”

parking parking wars
LTE: A Response To ‘On Choosing Homosexuality’
BC Underwater With Emergency Plans