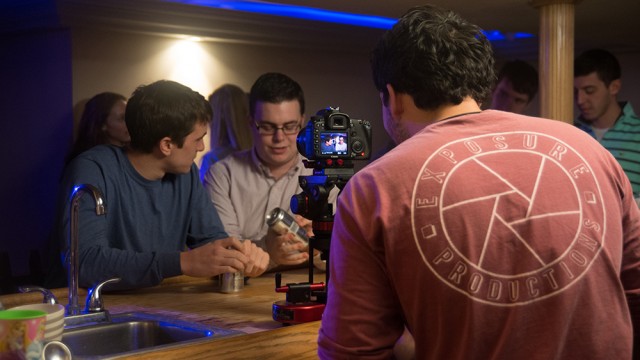 ‘Mod Of Cards’ Producers To Hold Screenwriting Contest For Next Project

Production on Mod of Cards may be winding down, but next fall the boys will be back.

Mod of Cards producers Ryan Reede, A&S ’16, and Max Prio, CSOM ’16, along with board members of Hollywood Eagles, will be accepting scripts for a second production to be shot and produced at Boston College. Submissions for the screenwriting competition will be accepted from March 1 through April 1. The Hollywood Eagles team said that they looking for scripts for a second mini-series or a feature film. The producers will accept a re-working of a popular or established story, like this year’s Mod of Cards, or an original idea.

The winner will be announced at BC’s Artsfest on April 24. And it will all begin again.